Posted by chris schweizer on September 25, 2018 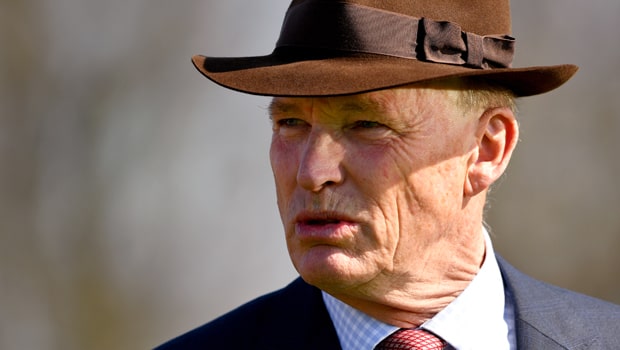 John Gosden isn’t ruling out the Breeders’ Cup for Roaring Lion, with a potential tilt at the Classic on dirt in the mind of the Clarehaven supremo.

The three-time Group One winner has the Qipco Champion Stakes at Ascot next month as his primary autumn target, but America is also on the radar – even more so should the Berkshire track get soft ground come British Champions Day.

Third behind Masar in the Derby at Epsom in June, Roaring Lion has since gone on to record a hat-trick of wins at the top level.

He has won the Coral-Eclipse at Sandown, the Juddmonte International at York and the Irish Champion Stakes at Leopardstown, so completing a Champion Stakes double at Ascot next month is currently top of his to-do list.

“I’m very happy with Roaring Lion and we are pointing towards the Champion Stakes at Ascot,” said Gosden.

“He has got some constitution as he has been on the go since February and I’ve been impressed with how he has taken his racing.”

The mile-and-a-quarter trip would be perfect in the Breeders’ Cup Classic, which would see Roaring Lion race on dirt for the first time, while the Breeders’ Cup Turf is also an option for Churchill Downs in November.

“The Breeders’ Cup comes pretty sharply after Champions Day. If it was heavy he wouldn’t run at Ascot, but if it was good to soft he would run as he has won on it before,” he added.

“If he went to the Breeders’ Cup, it could be the mile and a half on turf (Breeders’ Cup Turf) or we could have a look at the Classic. He is a mile-and-a-quarter horse so you would consider the Classic as well as the turf.

Roaring Lion is 11.00 to win the Breeders’ Cup Classic at Churchill Downs on November 3.