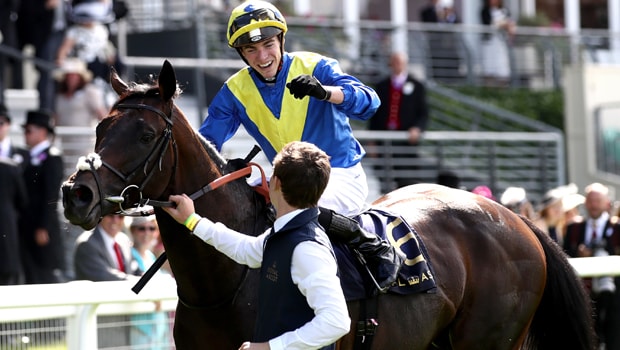 Jockey James Doyle has described Poet’s Word as the “toughest” horse he has ever ridden as the five-year-old prepares to run in the Juddmonte International Stakes at York on Wednesday.

The bay horse is the 2.75 favourite for the big race on the Knavesmire as trainer Sir Michael Stoute goes looking for a seventh victory in the feature.

Poet’s Word will become only the second horse to win the Prince of Wales’s Stakes, QIPCO-sponsored King George VI and Queen Elizabeth Stakes and Juddmonte International in the same season.

Doyle was on board for both victories this summer at Ascot and he is confident his charge will have too much for his rivals.

He told Sky Sports: “He’s a worthy favourite coming off the back of successive Group One wins in tough races and, as you can imagine, I’m excited about riding him in the top race of week.

“He’s as tough a horse as I’ve ever ridden – he doesn’t shirk the issue.

He really put his head and neck down in the King George and stretched all the way to the line. He was very brave.

“It shouldn’t affect him. I don’t think he lost much weight, from what I’m hearing, and all the vibes from the stable are very positive.

He’s a big, robust horse who is blossoming. He’s different class to ride – he relaxes well and is push-button. He does whatever you ask.”

John Gosden is looking to win the race for the first time and he is double handed this week.

Roaring Lion is 3.50 to win, while Without Parole is considered an outsider at odds of 13.00.