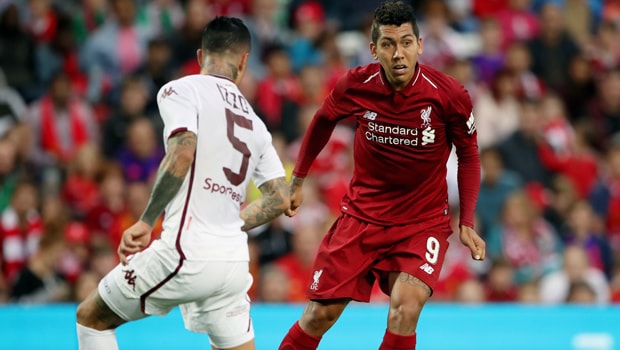 Liverpool forward Roberto Firmino believes their new signings can help the club to finally realise their ambition of winning the Premier League.

The Reds, who are priced at 4.00 to win the Premier League, have been steadily improving since Jurgen Klopp’s arrival in October 2015 and the German led them to a fourth-place finish last term, while they also reached the Champions League final.

Klopp has yet to land a trophy since taking charge, having led the club to three finals, but their form towards the back end of 2017-18 suggests things could be different this term.

Liverpool put in some incredible displays against Premier League champions Manchester City in both the league and Champions League and they have further strengthened this summer.

The likes of Alisson, Naby Keita, Fabinho and Xherdan Shaqiri were drafted in prior to the deadline earlier this month as Klopp looked to add some depth to his options.

Firmino feels the new additions can play a big role in helping Liverpool to win a first ever Premier League title this season.

“I am optimistic and I believe Liverpool are capable of fighting for the greatest success this season,” Firmino said.

“I also think we have a better team than last season and that the new players will improve the performance of the team.

“Of course, we know we have to show it on the field and we know that, for our new players, it is not easy to adapt quickly to a new team. But I always think positively.

“We have shown in the last campaign that our dreams can be fulfilled and that we can return to the path of winning titles. This year, we must not fail and that is the attitude of the players.

“Certainly my dream is to lift the Premier League trophy with Liverpool and that’s what we are trying to do.”