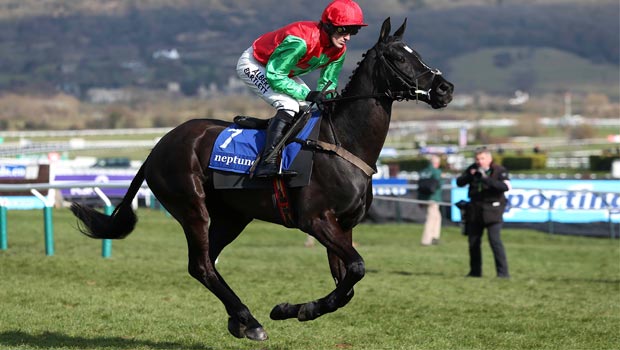 Taquin Du Seuil makes his debut over the Cheltenham fences for trainer Jonjo O’Neill in an intriguing clash with Oscar Whisky on the first day of the three-day Open meeting on Friday.

O’Neill should learn a lot more about the former hurdler, who won a Grade One event last term, but was subsequently well beaten at the Cheltenham Festival.

The Steel Plate And Sections Novices’ Chase has been won by the likes of Gold Cup winners Imperial Commander and Denman in recent years and this year’s renewal throws up a fascinating clash despite the small field of just four entries.

Taquin Du Seuil merits respect after winning both the Winter and Challow novices’ hurdles and has already been tried out over the larger obstacles when cruising home at long odds-on in a small field at Ffos Las last month.

The two-mile trip that day was a bit on the short side but as he was head and shoulders above his rivals on hurdles form, so it was no surprise to see him win in facile style despite a couple of sticky jumps in the early stages.

O’Neill admits this is a very different task for him against Oscar Whisky, trained by Nicky Henderson.

He said: “He’s in good form, everything has gone well since his first run, and let’s hope he runs well.”

Oscar Whisky is one of the highest profile of this season’s intake of budding chasers as a multiple winner of Graded hurdles, although Dai Walters’ eight-year-old did run out of gas when stretched to three miles in the Ladbrokes World Hurdle and Aintree Hurdle last spring.

Also lining up are the Rebecca Curtis-trained The Romford Pele, who was a respectable second to Balder Succes at Chepstow, and The Cockney Mackem, who has more chasing experience but fell at the course last time.