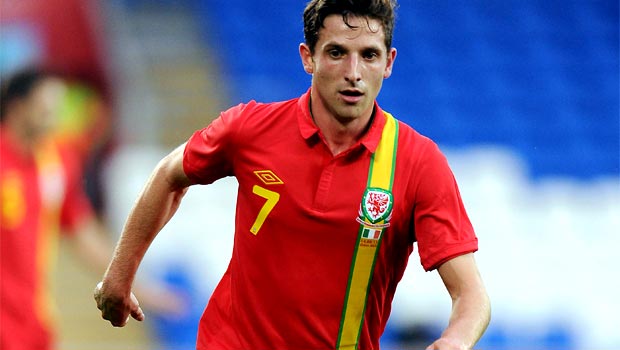 Wales midfielder Joe Allen is hoping to use Saturday’s International Friendlies against Finland to win back Liverpool place and end a frustrating spell at Anfield.

The 23-year-old former Swansea City star was a regular under Brendan Rodgers last season, but has struggled to get a game since undergoing a shoulder operation in March.

Allen picked up a hamstring injury in September and then saw the likes of Philippe Coutinho, Lucas and Jordan Henderson press their claims to line up alongside Steven Gerrard in the Reds’ midfield.

The £15million man, the costliest Welsh footballer until Gareth Bale’s transfer from Spurs to Real Madrid dwarfed that figure, has featured four times for his club and played a total of just 83 minutes for Liverpool so far this season.

“I’d be lying if I said it wasn’t frustrating at times,” said Allen.

“I’m working hard and waiting patiently for my chance, but Liverpool is a massive club and we are having a great season.

“The competition for places is really good and you want that at a top club and I have to work as hard as I can to get back into the fold.

Allen’s last international appearance was in the 0-0 friendly draw with the Republic of Ireland in Cardiff in August as injury has prevented him from featuring in Wales’ last four games.

“It’s great to be back and see all the lads in the squad and it is a chance to make up for lost time,” he added ahead of Saturday’s friendly against Finland at Cardiff City Stadium.

“Any footballer gets frustrated when they miss games, but to miss them for your country and important qualifiers is tough to deal with.”

Allen is joined by Real’s Bale and Arsenal’s in-form Aaron Ramsey in a strong squad for the friendly against Finland, which will see manager Chris Coleman send out his side after signing a new two-year contract.