Posted by chris schweizer on January 4, 2016 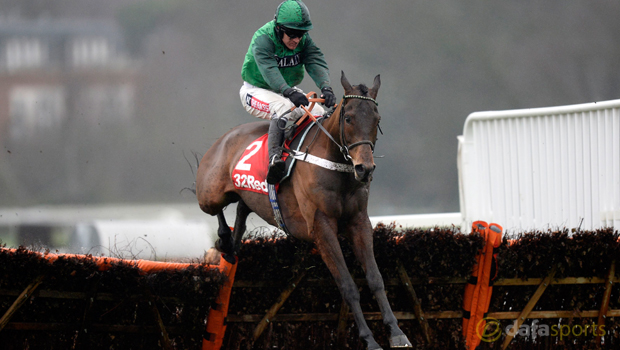 Nicky Henderson hopes L’Ami Serge can be a major player in the Racing Post Arkle at the Cheltenham Festival after he began his chasing career with victory.

L’Ami Serge ran out a wide-margin winner of a three-runner contest at Plumpton on his fencing bow, despite racing in atrocious heavy conditions.

The mount of Nico de Boinville, L’Ami Serge jumped fluently throughout the two-mile journey and scampered clear of his rivals with minimum fuss to win by 27 lengths.

The two-mile novice event on the opening afternoon of the festival in March looks the most likely destination and Henderson says the Arkle is the target.

L’Ami Serge was fourth in the Supreme Novices’ Hurdle season, well-held by the Willie Mullins-trained Douvan.

However, Henderson suggests his charge may be better than the bare result suggested and with the obstacles now of a larger variety, the Seven Barrows handler believes his six-year-old can close the gap on Douvan if they meet again.

He told reporters: “I think he was better than fourth in the Supreme. He won the Tolworth. He had a trapped epiglottis. We had that done so it curtailed his season.

“He’s potentially a very good chaser in the making and I suppose the Arkle is the natural route and we might walk into Douvan again.”

Douvan is expected to frame the Arkle betting and, having won both chase starts this season, he will be the one they all have to beat in the Cotswolds.

Henderson hopes to get some more practice into L’Ami Serge between now and the festival on March 15 but he admits it will be tough to find suitable opportunities without going up in grade.

He said: “I’d like him to have a couple more runs really, but it’s very difficult. There aren’t a lot of opportunities.

“You can do this once in a beginners’ novice and then you are virtually forced into graded races. You might have to go upstairs quite quickly.”