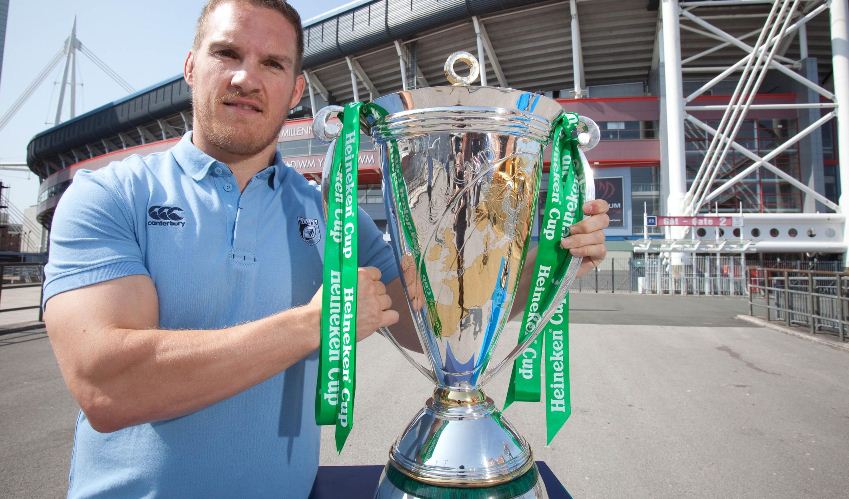 The Blues will open up their campaign with a trip to Exeter but it is the visit of Toulon to Cardiff Arms Park on Saturday October 19 that has got everyone talking.

The Blues’ director of Rugby Phil Davies is looking forward to the visit of Jonny Wilkinson and company but says the clash against Exeter will be a tough one to overcome first of all.

“Europe is all about winning your home games and trying to pick up some points on the road,” Davies said.

“There will be a lot of pressure on Exeter to get a home win to start the campaign but for us it’s a huge challenge to go away and pick something up in that game.

“If we do, it will be a real bonus and confidence booster going into the Toulon match game at home.

“We know the challenge that Toulon will present being the Heineken Cup champions.”

Elsewhere on the opening weekend, Scarlets face a trip to Harlequins, while Ospreys will take on Leinster in Swansea.

Ospreys will then travel to take on Northampton Saints and face a double-header against France Top 14 champions Castres in December.

Ospreys head coach Steve Tandy admits it is a tough pool but one that they will relish.

“The Heineken Cup is all about testing yourself against the best teams in Europe, and against some of the best players in the world, and that is definitely the case for us in this pool,” said Tandy.

“We’re up against two former Heineken Cup winners, the current Pro12 and Amlin champions, and the current French champions. It doesn’t get any tougher.”