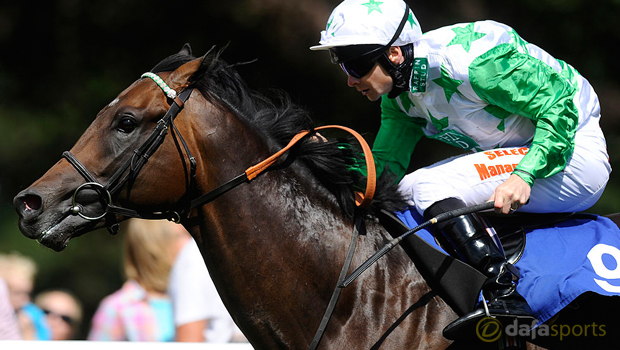 Harry Bentley has pin-pointed Twilight Son as the horse to beat in Saturday’s July Cup at Newmarket.

Bentley will be taking the ride on the Henry Candy-trained Limato for the 6f Group 1 contest but he admits that he fears stablemate Twilight Son could be too good.

Twilight Son recorded a second top level success of his career in the Diamond Jubilee Stakes at Royal Ascot last month, improving markedly from his seasonal bow at York in May.

“Twilight Son is going to be very hard to beat. He never does too much at home and ran like he needed his comeback run at York,” the jockey told the Racing Post.

“He put in a great performance to win at Ascot, but he’s a big horse who carries plenty of condition and should be in tip-top shape now with this being his third run.”

Limato meanwhile was forced to skip Royal Ascot on account of the soft ground.

Candy has stated his intention is to run both horses in the Newmarket race should the ground come up as desired.

Conditions at Headquarters are currently described as good with the track having missed most of the heavy rain but the trainer will face an anxious few days looking skyward.

Limato has to bounce back from a sub-standard effort on his sole start this campaign in the Lockinge at Newbury in May.

That was his first attempt at a mile and his finishing effort appeared to be somewhat blunted in the soft ground.

Limato has yet to finish out of the first two in nine starts at 6f/7f, including a Group 2 success in the Park Stakes at Doncaster last September.