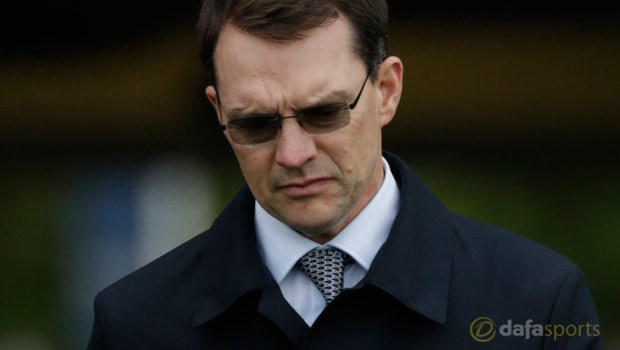 Aidan O’Brien has suggested that Saxon Warrior is likely to head straight for the Qipco 2000 Guineas in his seasonal reappearance.

The Racing Post Trophy winner will have leading hopes of giving O’Brien glory in the first British Classic of the season at Newmarket on May 5.

While he has considered some options for an early-season start, the Ballydoyle supremo is edging towards going straight to the Rowley Mile.

Having set a new world record for Group One winners during 2017 with a staggering 28, O’Brien was offering his thoughts on the season ahead at a media briefing in Ballydoyle.

“He’s done very well and is a massive, big, physical horse. He was a big horse last year, but he’s bigger this year,” said the trainer.

“We have our eye on the Guineas and we’re just hoping that we have him ready in time for it.

He could well get a mile-and-a-half as he has a relaxed way of doing it, so it will be very interesting with him.

“The Craven is too close to travel over and the Greenham is the same as we wouldn’t like to travel them that close. Often for their first run they take a little bit of time to recover from it.”