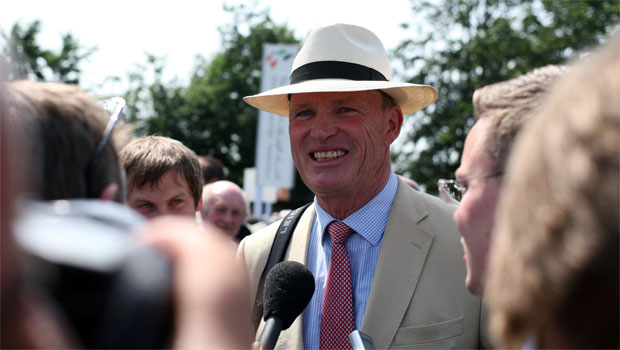 Trainer John Gosden has three entries for Saturday’s Betfred November Handicap, a race he has won fives times in all.

The season may be winding down, but after seeing The Fugue just miss out in the Breeders Cup at the weekend, Gosden will bid to go out on a high by landing the final big turf handicap for a sixth time.

The Newmarket handler saddled his first winner in the mile-and-a-half showpiece on Town Moor in 1991 courtesy of Hieroglyphic, and followed up a year later with Turgenev. Since then Sabadilla (1997), Charm School (2009) and Zuider Zee two years ago have boosted the tally to five.

So it goes without saying that anything from that quarter must be noted and, of this year’s entries, Aiken is the highest rated but has yet to show his best form, in contrast to Lahaag who won well at York in October, while Thomas Hobson scored over the course and distance at the last meeting and will like the ground.

Brian Ellison has had a good season with the likes of QEII runner-up Top Notch Tonto, and Montefeltro who won the Irish Cesarewitch, and will be looking to win the November Handicap for a third time, having sent out Batswing in 2000 and Carte Diamond in 2004.

This year the North Yorkshire trainer is double-handed with Autun and Twelve Strings, although Autun was due to have a stalls test at Southwell on Tuesday.

“We had him in the stalls today and he was fine,” said Ellison, of his new recruit from Lady Cecil’s yard.

“He’s a lovely horse with real quality. I haven’t spoken to the owner yet, but I don’t seen why he shouldn’t run.”

There were 36 standing their ground on Tuesday, so recent Nottingham scorer Twelve Strings is not guaranteed a place in the starting line-up.

“He won well last week and I’m hoping the ground stays on the easy side. He goes there in good form. He’ll get in the race, I think,” concluded Ellison.

In what looks a decent renewal, other entries include the Charlie Hills-trained duo of Forgotten Hero and Zipp, and Roger Charlton’s Border Legend.