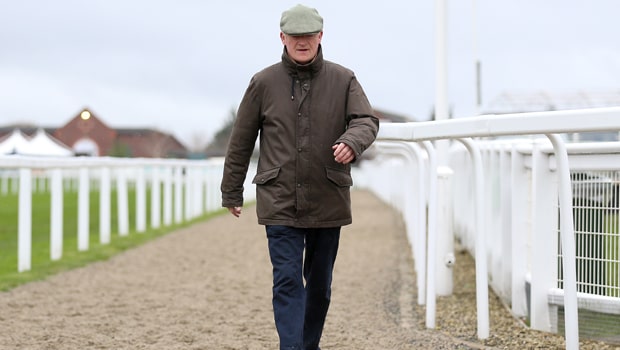 Willie Mullins admits he has been inundated with well-wishes since landing his first Cheltenham Gold Cup with Al Boum Photo on Friday.

The Irish handler was crowned leading trainer at the Cheltenham Festival for the fourth time and finally got his hands on the Blue Riband, having previously sent out six runners-up in the Gold Cup.

Al Boum Photo was one of four Mullins-trained contenders in the race, though the other three were already out of the picture by halfway. The trainer felt Paul Townend and his mount were always going well in the race.

“Al Boum Photo went from being my third or fourth choice to being my number one very quickly as all of my others were out of the race. It looked like it was going to be one of those races where nothing went right,” said the trainer.

“But, knowing Paul’s body language, and the way he rides, I knew he was travelling very sweetly. I know the way he rides inside out, and the position of his body made me think the horse was going very well.”

Having had time to reflect on the big win, Mullins is thrilled and he says there has been no shortage of positive response to his win.

“It’s been an amazing reaction, I can’t believe it. I went out for a walk [on Monday] morning to try to clear my head, I needed to get out for a while, but it took a lot longer than it should have done as everybody wanted to stop to shake my hand and chat.