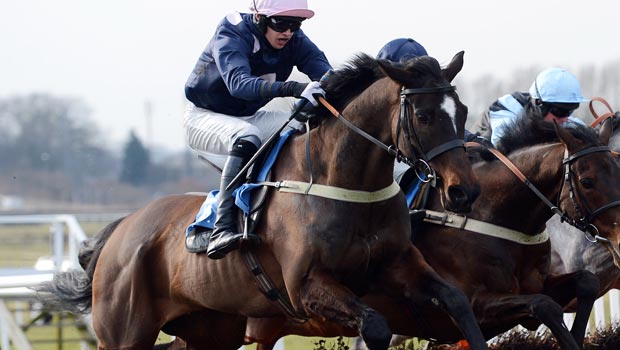 Jockey Barry Geraghty has put West Wizard’s defeat at Kempton on Monday down to a bad day at the office.

The Nicky Henderson-trained runner was one of the leading fancies to win the Sky Bet Novices’ Hurdle at the Cheltenham Festival in the spring, but things did not go to plan.

Despite his status at the long odds-on favourite at the Surry venue, West Wizard found Mick Channon’s Sgt Reckless too strong and now punters might not find the novice so easy to back at Cheltenham.

Geraghty is not one of those doubters and insists the son of King’s Theatre just needs to translate his yard potential to the racecourse.
“Everything was going nicely I suppose until about three-out,” Geraghty told At The Races.

“The winner is a very good horse and had some very good bumper form. We just got on the stretch from the third last and he just gave a good, big blow.
“He’s a horse who finds life very easy at home. You can put him with the best in the yard and it’s hard to get him out of third gear, never mind fourth, as he finds it so easy.

“He’s a horse who doesn’t have a hard time at home and he probably just left himself a bit short, so I’d imagine you’d see a massive improvement the next day.

“From what he does at home to what he showed at Kempton, I don’t think yesterday is going to change our opinion of him.”

Meanwhile, Geraghty will ride At Fishers Cross on his seasonal reappearance in the bet365 Long Distance Hurdle at Newbury on Saturday after regular jockey Tony McCoy was confirmed on board My Tent Or Yours in the Fighting Fifth Hurdle at Newcastle.