Posted by chris schweizer on September 6, 2018 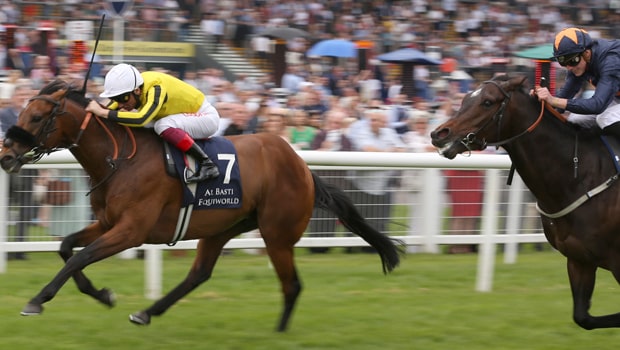 Trainer George Scott admits he is very eager to get a Group One win from James Garfield before this season is over.

The Exceed And Excel colt scored in Group Two company as a juvenile, landing the Mill Reef Stakes at Newbury in September last year.

He began this term with a fine win in the Greenham Stakes when taking the scalp of Expert Eye back at Newbury but is winless in four starts since.

The mile trip in the 2,000 Guineas at Newmarket appeared to test his stamina, while he was also disappointing in the Jersey Stakes at Royal Ascot over 7f.

Last month, however, he was back on song, only to be agonisingly run down by Polydream in the Group One Prix Maurice de Gheest at Deauville.

Dropping back in trip for that race has convinced Scott that James Garfield is a sprinter at heart and he’ll make his latest bid for Group One glory in Saturday’s Sprint Cup at Haydock.

He’ll have to lower the colours of reigning champion Harry Angel to score, but his trainer is looking forward to the run.

“We’ve been really pleased with his preparation leading into the race since France,” Scott told At The Races.

“Frankie [Dettori] had a sit on [on Tuesday] morning and was delighted with him, so we’re very much looking forward to Saturday.”

British Champions Day at Ascot next month could also be on the agenda, with Scott determined to chase that top-level success.

“We’re taking it one race at a time, but after this I’d imagine he’ll end up at Ascot on Champions Day, although that might depend on how he handles the ground and how he comes out of the race. Beyond that, there are lots of options,” Scott added.

“It’s important to land a Group One as a three-year-old with him. He’s already enormously popular with different studs, so it will depend on how he does on Saturday where he ends up after that.”

James Garfield is 8.00 to win the Sprint Cup at Haydock while Harry Angel is the hot favourite at 2.38 to retain his crown.