Posted by Jason Stepford on September 6, 2018 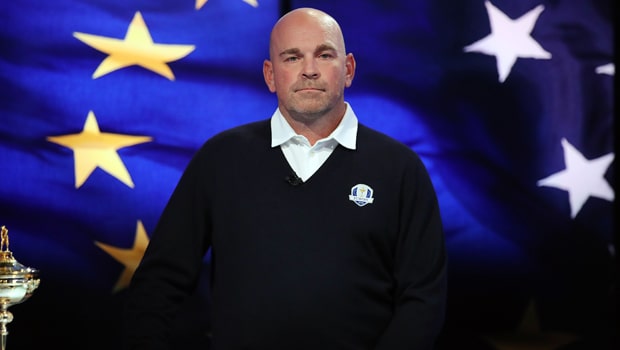 Europe’s Ryder Cup captain Thomas Bjorn has added an experienced quartet to his side via his four wildcards, with Paul Casey, Sergio Garcia, Henrik Stenson and Ian Poulter completing his team to take on the United States in Paris later this month.

The Dane named his selections on Wednesday and Casey was one obvious choice on form, while Poulter has also won on the PGA Tour this season and put himself in the shop window during the majors.

Major champions Stenson and Garcia have struggled to produce their best form during 2018 but, with five rookies on his panel already, Bjorn went for their experience of the Ryder Cup cauldron.

Garcia’s selection is perhaps the most contentious as his form has been poor this year, missing the cut at all four majors, but Bjorn felt the team would be lessened with him.

“You’ve got to look at Sergio in certain ways. He is the heartbeat of the team, it’s like a football team going without a captain,” he said.

“Not only is he a fantastic golfer, but he also makes everyone around him better. He is what is great about the European team room, he is everything that European Ryder Cup is about.”

Poulter, meanwhile, dubbed ‘Europe’s postman’ for his stellar performances in the past, admits he’s relieved to be back on board having been a non-playing vice-captain when the Americans won two years ago.

“I enjoyed it just to be part of a Ryder Cup team still, that was pretty special. But to be [ranked] 200 in the world and looking at the Ryder Cup from afar, it was pretty motivating to get my game back in shape, play with some passion and reignite the fire to get back into this Ryder Cup team.”

Europe are 2.25 to win back the Ryder Cup, with America favourites at 1.75 for victory while the draw, which would also see USA retain the trophy, is priced at 11.00.