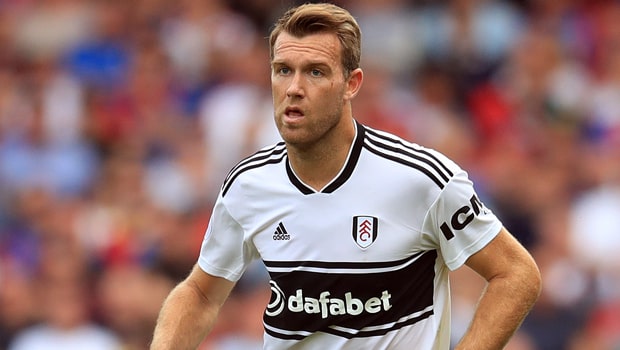 Fulham midfielder Kevin McDonald admits he is loving his time in the Premier League following the club’s promotion from the Championship.

The 29-year-old has already tasted top-flight football during his time at Burnley but the Clarets were relegated immediately back to the second tier.

McDonald has since payed for Scunthorpe United, Notts County, Sheffield United and Wolves, as well as the Cottagers.

The Scotland international has played 87 times for Fulham since his move in 2016 and he admits the squad are confident they can avoid the drop.

He told West London Sport: “It is so much more quicker, technical. At Burnley we kind of winged it a bit and it didn’t pay off, we went straight back down, which wasn’t the best.

“But we know within our team that first and foremost you have to stay up. That’s the way it is.

In the first season in the Premier League you have to stay up, that’s massive and any place above that is a bonus.

“But I am sure the fans and the media from outside is seeing that Fulham have spent £100million they are going to give it a right go. But we know ourselves where we are at, we have to go and give it our best shot.”

Fulham face a mammoth task next weekend when they play Manchester City and they are 23.00 to grab all three points.