Posted by chris schweizer on September 14, 2013 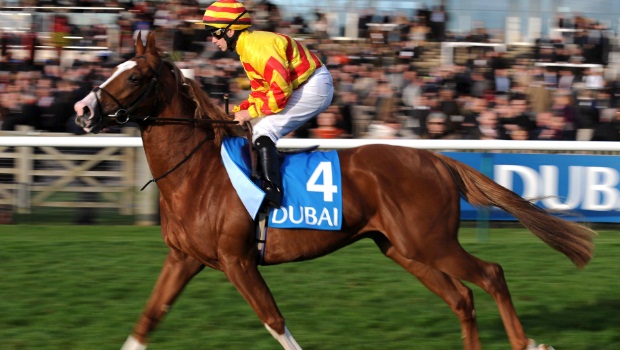 Galileo Rock will feature in Saturday’s St Leger after trainer David Wachman declared himself satisfied with the ground at the Doncaster course.

Nearly four millimetres of rain fell overnight, reducing Wachman’s concerns about the going, which is now described as “good to soft, soft in places”.

Wachman told Channel 4’s The Morning Line: “I got there at about 5.30am.

“I’m going to run him. It’s not as bad as I thought it would be.

“My initial thought was that it walks very sound and the stick didn’t go in as far as I thought it would.”

Eleven horses are set to feature as three runners – Eye Of The Storm, London Bridge and Feel Like Dancing – have already withdrawn from the last Classic of the Flat racing season. This could help Galileo Rock, who is aiming to secure success at the third time of asking.

Wachman’s horse finished third in the Epsom Derby on June 1, before being beaten by Trading Leather in the Irish Derby at the Curragh at the end of that month.

Leading Light, trained by Aidan O’Brien and ridden by his son Joseph, is favourite alongside John Gosden’s Excess Knowledge , while the Godolphin stable have three entrants: Libertarian, Cap O’Rushes and Secret Number.

Secret Number is the most exciting of the trio, with Saeed bin Suroor having high hopes for him now the going has become more favourable.

He told At The Races: “He’s doing really well. I’ve always liked him. He was a bit weak in the past, but he improves every race and is ready to go.

“He’s been working really well and I’m very happy with him. The ground – good, good to soft – I think will suit him. He will be fine with it.”