Posted by chris schweizer on September 12, 2013 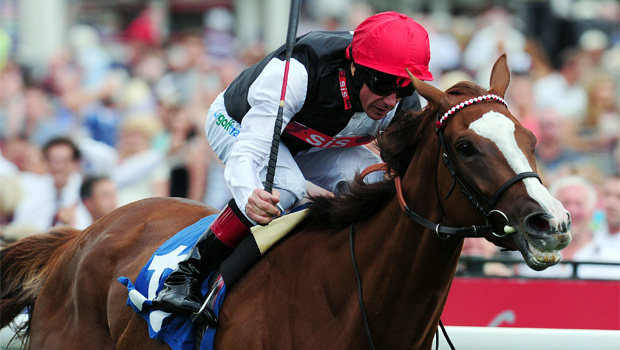 Frankie Dettori has two high profile rides at Longchamp on Sunday, on what is a key day for potential Arc candidates.

After his drug ban last year, the Italian could hardly have dared to dream that he would be partnering two top-class runners on what is always an importand day at Longchamp.

Due to his new association with owner Sheikh Joann Al Thani, Dettori gets the leg up on Prix de Diane heroine Treve, who has yet to be beaten. She has yet to be supplemented for the Arc, but victory in Sunday’s Qatar Prix Vermeilles would go a long way to making connections’ minds up.

Dettori has ridden the daughter of Epsom Derby winner Motivator on the gallops, but has yet to partner her in public. However, he is confident that she can impress again.

He said: “It’s a prep race but she’s unbeaten. She’s a Classic winner so I’m really looking forward to it.

“She’s worked well and I’m very pleased with her. It’s her first time over the one-and-a-half mile trip so there’s a question mark, but I’m looking forward to a good run.”

Dettori’s other big ride is Olympic Glory who goes for the Prix du Moulin, and the Italian, who partnered the Richard Hannon-trained colt in recent work along with the stable’s other entry Olympic Flame, said: “Olympic Glory is in great shape. If he runs like he did in the Jacques le Marois he’ll be right in contention.”