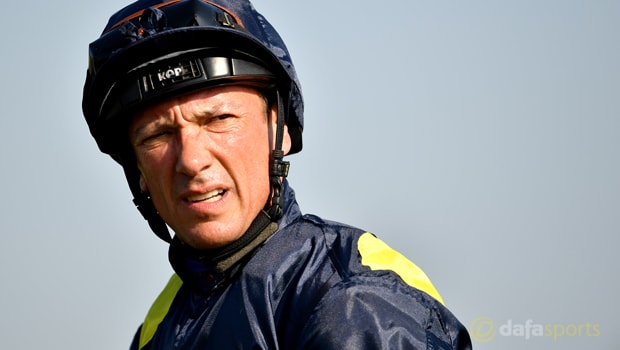 Frankie Dettori will ride James Garfield in the Qipco 2,000 Guineas at Newmarket this weekend.

The Italian had been set to partner Without Parole before he was ruled out of the season’s first Classic with a bruised foot. That was positive news for connections of James Garfield, on whom Dettori landed the Mill Reef Stakes last season and the Greenham Stakes at Newbury last month.

That was an impressive trial for Newmarket and Dettori is eager to retain the partnership on Saturday.

“He has won a Greenham, which is one of the main Guineas trials. George is very happy with him and we’ve got to give it a go.

He is a bonny little horse and he really tries. He wears his heart on his sleeve and he should give it his best,” said the jockey.

James Garfield has only tacked the mile trip of the Guineas once before, unsuccessfully at the Breeders’ Cup in America last term.

His trainer would prefer to forget that ill-fated run stateside and feels the trip won’t be a problem.

Scott also admits that having Dettori on board is a massive plus factor heading into the Rowley Mile Classic.

“That’s the big question (the mile). I feel like America should be taken out of his CV a bit as he wasn’t able to run at all there,” Scott added. “I don’t see why he won’t get the mile.

His racing style gives him the opportunity to do so and there is plenty of stamina on the dam’s side.

“I felt it was hugely important to have Frankie on board. He knows the horse so well and he has a lot of confidence in the horse. “He is the magic man and if anyone can pull it out the bag he will.”