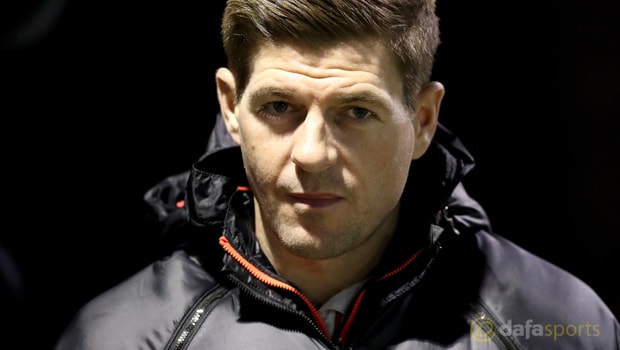 Steven Gerrard has revealed he has held “positive” talks with Rangers over the now-vacant Ibrox manager’s job.

The former Liverpool and England captain has been heavily linked with the post over the last week and he is in discussions with the Glasgow outfit about taking over.

On Tuesday Rangers confirmed that interim boss Graeme Murty had been sacked in the wake of Sunday’s 5-0 defeat to neighbours Celtic, a win that saw the Hoops confirmed Scottish champions for a seventh straight season.

Gerrard was working in his role as a television pundit on Tuesday for the Real Madrid versus Bayern Munich Champions League clash and he confirmed his talks with Rangers.

“I’ve held initial talks with Rangers and I plan to pick them up in a couple of days’ time,” he told BT Sport.

“There is [interest]. I’ve held positive talks with them and I’m busy for a couple of days, so I’ll pick them up on Thursday and see if we can progress it.”

Murty had admitted that discussions with Gerrard had made things difficult for him personally in the run-up to the defeat against Celtic.

Rangers have been without a permanent manager since sacking Pedro Caixinha in October and, in their statement announcing Murty’s axing, they said he was welcome to return to his position within their Academy setup, if desired.

Coaches Jimmy Nicholl and Jonatan Johansson will be in charge for Rangers’ final three Scottish Premiership games of the season, against Kilmarnock, Aberdeen and Hibernian.

The Light Blues are involved in a three-way tussle with Aberdeen and Hibs to finish as runners-up behind Celtic.