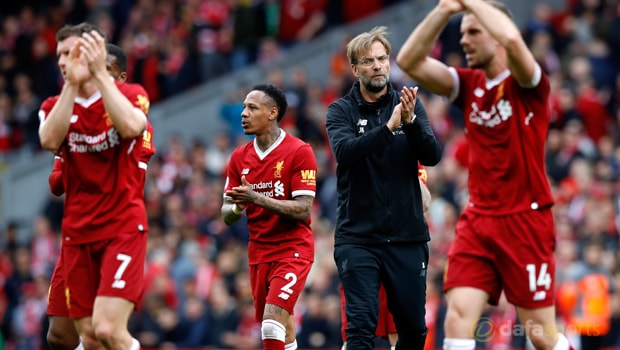 Liverpool manager Jurgen Klopp says Robert Firmino’s recent contract extension is a sign of things to come as the club look to tie down more first-team players to long-term deals.

Brazil international Firmino, who arrived at Anfield in 2015 from Hoffenheim, put pen-to-paper on a new contract on Sunday and described the decision to extend his stay as “easy”.

The 26-year-old has scored 15 Premier League goals this season whilst also bagging 11 in the Champions League, and he will be hopeful of keeping that impressive form going when the Reds travel to Roma on Wednesday night.

Klopp’s men are leading 5-2 from the first leg of the semi-final and the visitors are 2.50 to win at the Stadio Olimpico, a draw is priced at 3.80 whilst the hosts are also 2.50 to triumph.

Firmino’s decision to sign fresh terms is a massive boost for the Merseysiders and many supporters will be hoping Mohamed Salah, who was recently voted Footballer of the Year by the Football Writers’ Association, will also agree a new contract.

Champions League holders Real Madrid are said to be very keen in signing the Egypt international whilst several other top European clubs have also been linked.

German tactician Klopp, who refused to rule out Emre Can signing a new deal despite the midfielder only having a couple months left on his contract, hinted there is more good news to come.

“(Roberto’s deal); this is one very important step, absolutely,” he was quoted as saying by Sky Sports.

“But even Roberto cannot play alone. We need to carry on in this way.

“At the moment, every player knows about our plans. He’s the first (to commit) but, for sure, he won’t be the last.”