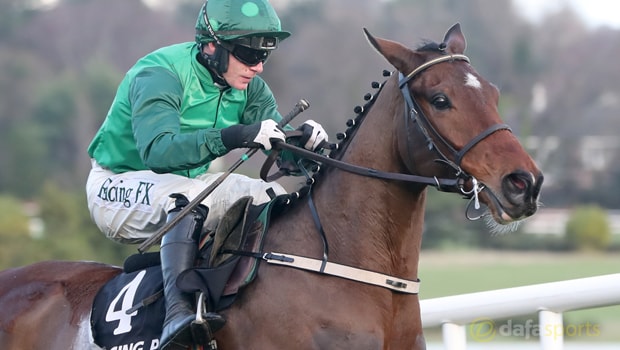 Connections have confirmed Footpad will look to win a fourth Grade One race of his career when he runs in the Frank Ward Solicitors Novice Chase at Leopardstown on February 3.

The five-year-old, who finished fourth in last year’s Champion Hurdle at Cheltenham, is unbeaten in his first two starts over fences.

He won on his debut at Navan in November, before then outclassing his rivals in a Grade One race at Leopardstown on Boxing Day.

Footpad will now look to give trainer Willie Mullins his sixth win in the race – better known as the Irish Arkle – and connections are confident he can win and kick on for the Cheltenham Festival.

Anthony Bromley, racing manager to owners Simon Munir and Isaac Souede, said: “All being well, Footpad is due to go to the Irish Arkle on February 3.

“He is very exciting, but he was a smart hurdler and it is no surprise he is making a good fist of it over fences.

“Should he win he will then go for the Arkle. He is not entered for the Champion Chase and he is a novice for one season so we will stick to novice company and the Arkle is a great race.

“I’m not ruling out Willie putting an entry in the JLT, and he may well get entered in that, but he will be kept in novice company.”

Mullins’ other stable star, Melon, could also be entered and he is priced at 21.00 to win the race at Prestbury Park.