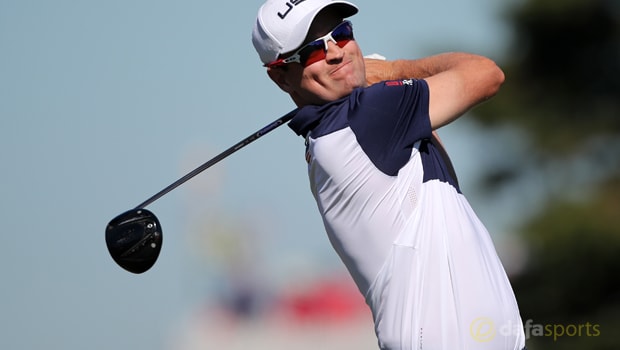 Zach Johnson admitted he didn’t carry big hopes into round one of the Sony Open in Hawaii having suffered from a bout of flu, but it didn’t stop him sharing the first round lead.

The two-time Major winner hasn’t tasted success since his 2015 Open Championship win but a seven-under par 63 put him in a good position to end that barren streak this week.

Johnson has displayed a liking for the Waialae Country Club layout in the past, winning the Sony Open in 2009 and finishing inside the top 10 in three of the last four years.

He opened his 2018 PGA Tour campaign with three straight birdies and would pick up four more during a bogey-free opening round that left him first place with Chris Kirk, one clear of a group of four players on six-under par that includes in-form Brian Harman and Kyle Stanley.

Johnson’s closing birdie was a trademark effort, he found a fairway bunker on the par-five 18th hold but laid up accurately to leave a 96-yard pitch to the green, the sort of shot on which his career success has flourished.

He duly pitched to five feet and converted for a share of the lead.

Given his recent health, he didn’t swing a golf club until Wednesday morning having arrived in Hawaii on Saturday, he was a little surprised with his perfect start.

“Probably (unexpected) more than expected,” he said of his start.

“I remember a couple of times I’ve had a couple ski trips and I come back the next week, didn’t even touch a club, and I start preparing on the golf course, and I play great. I don’t necessarily win, but I play great. I know it can happen.”

Johnson is now 7.50 favourite to win the Sony Open, while fellow first round leader Kirk is priced at 13.00.