Posted by chris schweizer on December 2, 2017 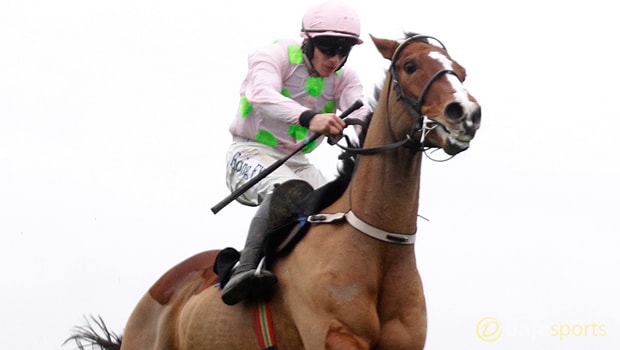 Nicky Henderson believes Faugheen will be a “mega threat” to Buveur D’air’s aspirations of retaining the Champion Hurdle mantle this season.

Henderson’s talented six-year-old grabbed the two-mile Championship crown in March, with 2015 winner Faugheen missing the race for the second consecutive season as he battled back from injury.

Faugheen duly returned from injury with a brilliant display in winning the Morgiana Hurdle at Punchestown this month, his first start in 665 days.

Henderson, like so many, was deeply impressed with Willie Mullins’ charge there and he knows he’s facing a battle to hold onto the Championship crown come March.

“There’s a long way to go until March and a lot of things are going to happen and the biggest thing that has happened so far is that Faugheen is back and he’s going to be a mega threat to everybody,” Henderson wrote in his latest blog.

“I watched him [in the Morgiana] on the television at Cheltenham the other day and he looked just like he has always looked: very, very, very good.”

Buveur D’air will begin his season in the Fighting Fifth Hurdle at Newcastle on Saturday, while he could then head to Kempton for the Christmas Hurdle.

Faugheen has won the latter in 2014 and 2015 and owner Rich Ricci has suggested he may go there next, raising the possibility of an earlier-than-anticipated clash.

“We’ve got the young protagonist here but he has to come through Newcastle and then probably the Christmas Hurdle,” added Henderson.

“I don’t know if Faugheen will come over for that, he has done in the past, so we’ll have to see. It would be nice if we didn’t have to meet until March.”

Faugheen is 2.63 to reclaim the Champion Hurdle in March, with Buveur D’air 5.00 to retain his crown.