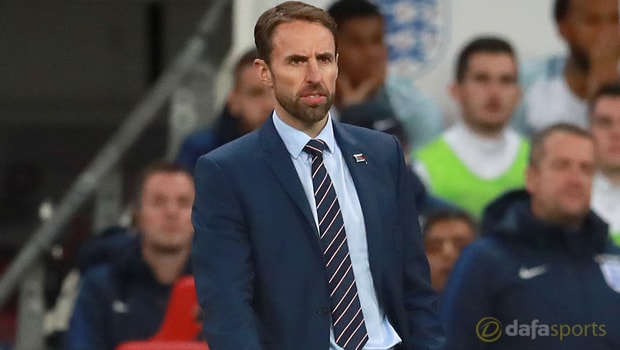 England boss Gareth Southgate knows his team cannot head into the 2018 World Cup with a negative attitude and they must do all they can to succeed in Russia.

The Three Lions, 19.00 to win the tournament, will find out their group opponents on Friday as the official draw takes place in Moscow.

England breezed through their qualifying group once again, but they did the same before Euro 2016 and for the previous World Cup in 2014, only to fail to make it out of the group in Brazil before crashing out against Iceland in the knockout stages in France.

Next summer’s tournament will be Southgate’s first in charge of the England team at a major finals and he will be hoping to improve on their dismal recent record.

England have not won a knockout game since the 2006 World Cup in Germany but the former Middlesborugh coach insists his team must have a winning mindset.

He told BBC Sport: “We’ve got to attempt to win each game, be as prepared as we can be, and see how far we can go.

“Of course, a lot of these players are going to peak in two to four years’ time, but we can’t just write off the tournament. I don’t think anyone in England would accept that.

“We can’t go to a World Cup and not try to win it. Our last two tournaments have been a disappointment.

“We’ve got to remember where we are starting from with this group of young players.

But equally they’re fiercely ambitious, everything is ahead of them and it’s not for me to put a limit on their expectations.”