Fabricate hopes to have last Word at Sandown 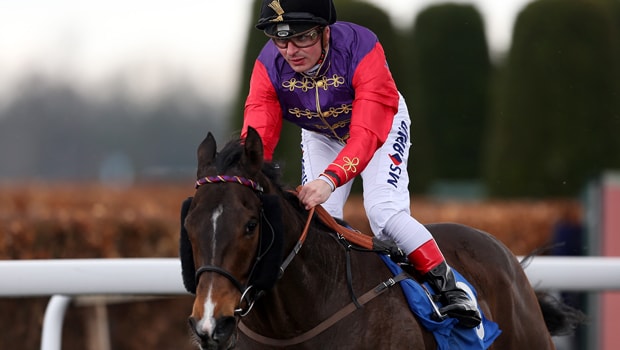 The Michael Bell-trained Fabricate will aim to take down the favourite Poet’s Word in the Brigadier Gerard Stakes at Sandown on Thursday evening.

The midweek fixture at the Esher track is one of the season’s highlights and Bell will be hoping to get one-up on Sir Michael Stoute after a pair of recent duels for his Royal runner.

Fabricate got the better of Autocratic in the Listed Magnolia Stakes at Kempton in March, but more recently he was carried out on his sword in the Group 3 Gordon Richards Stakes at Sandown last month having locked horns with Crystal Ocean in a titanic battle.

That form that was given a boost when the winner bolted up at Newbury last weekend and Bell feels Fabricate can improve on the forecast quicker ground for the Brigadier Gerard Stakes.

“I reckon it’s 1-1 between me and Sir Michael and it’s a question of who can edge it this time,” said the trainer.

“It’s a competitive race this year but Fabricate goes there in great nick and will be better on this quick ground as it was soft [last time].”

Poet’s Word meanwhile has finished second in his last three starts, all of them in Group 1 company.

He takes a drop in both class and trip at Sandown and his trainer expects a big run in a race Stoute is bidding to win for the ninth time in his career.

“Poet’s Word has been in good shape at home and will like the ground,” Stoute said.

“We’re coming back in trip but he’s been showing plenty of speed in his work and we expect him to be very competitive.”

Poet’s Word is 1.67 to win the Brigadier Gerard at Sandown, while Fabricate is second favourite at 4.00.