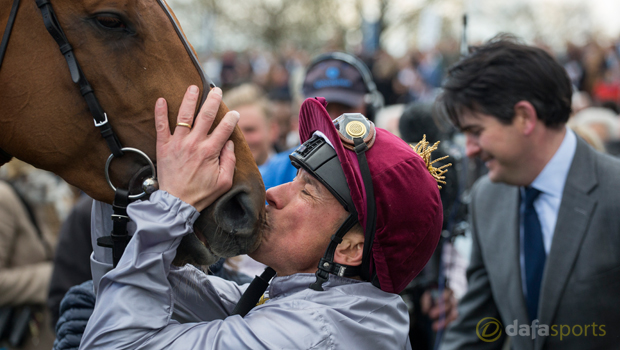 Trainer Hugo Palmer says he will consider running QIPCO 2,000 Guineas winner Galileo Gold in the Derby at Epsom next month.

Dettori was at his brilliant best, defying a wide draw to get his mount away quickly and into a perfect position on the running rail.

Having taken a tow into the race from there, Dettori kicked for home at the 2f pole and his rivals were left floundering as Galileo Gold recorded a length-and-a-half success from Massaat, who gave trainer Owen Burrows a positive result with his first ever Classic runner.

We have to work with him, not against him, but he’s rewarded us. “Ultimately, I believe the best horse wins the race and it’s just the job of the trainer to get him there as best as he can.”

Galileo Gold is now 9.00 to win the Derby at Epsom, while Guineas runner-up Massaat is available at 17.00.

Palmer says he will bide his time before deciding where to go next but he thinks his charge could handle the step up in trip should head for Epsom.

“He’s out of a Galileo mare, and my first instinct is that he might stay, but looking at the horses he beat today I don’t think any of them are in contention for Epsom,”

he added. “He’s in the French Derby (over a mile and a quarter) and the St James’s Palace Stakes (one mile) and they are the other options but we’ll let the dust settle before we rush into any decisions.”