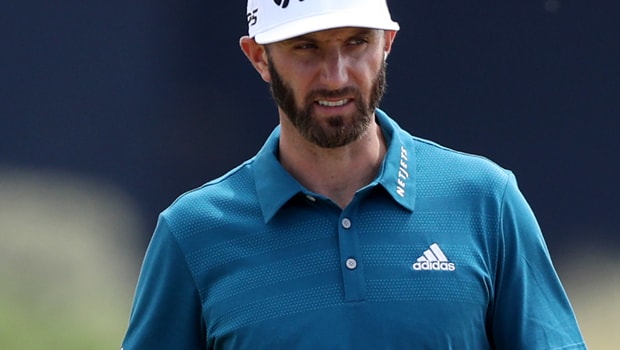 World number one Dustin Johnson was one of just four players to shoot under-par during the opening round of the US Open as he moved into a share of the lead.

The American, who came into the second major of the year off the back of his victory at last week’s FedEx St. Jude Classic, coped with the windy conditions at Shinnecock Hills better than most, as he claimed four birdies and three bogies on his way to an opening one-under-par round of 69.

Johnson certainly knows what it takes to win the US Open, having achieved that feat just two years ago and he was delighted to emerge from a ‘difficult’ opening round with a share of the lead.

“I’m very pleased with the round,” Johnson told Sky Sports.

“Anything under par on this golf course is very good, especially in the conditions we had today. From start to finish, it was very difficult.”

The 33-year-old, who is priced at 3.50 to claim his second major title this week, is joined at the top of the leaderboard by compatriots Russell Henley and Scott Piercy, as well as Englishman Ian Poulter, while former PGA Championship winner Jason Dufner is a shot further back.

However, a number of big names struggled badly in the tough conditions with Rory McIlroy equalling the worst round of his major career, as he signed for a 10-over-par score of 80.

Jason Day fared little better as he shot a nine-over-par 79, while Jordan Spieth, Tiger Woods and Jon Rahm all signed for scores of 78 and are in serious danger of missing the cut.