Posted by chris schweizer on September 9, 2018 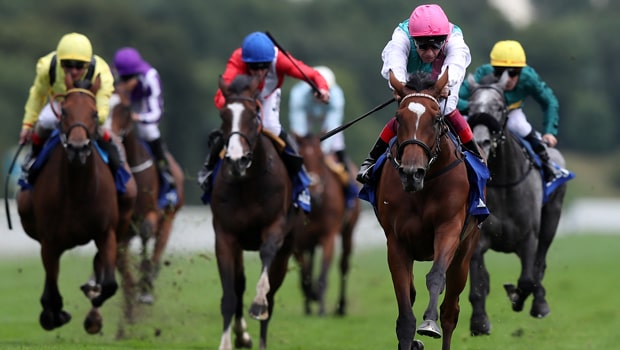 Connections of Enable have confirmed she is in fine form after her superb win at Kempton on Saturday afternoon.

The four-year-old has missed the majority of the campaign due to a knee injury but the bay filly cruised back to winning ways under the hands of Frankie Dettori.

Enable, who also won the English, Irish and Yorkshire Oaks last year is now the favourite to defend her Arc crown on October 7.

She is 2.75 to emerge victorious at Longchamp, ahead of Sea Of Class at 6.00, and Teddy Grimthorpe, racing manager to owner Khalid Abdullah, insists everyone is happy with her condition.

He told reporters: “She is good this morning and there are no problems.

“She was in very good form going into the race and we always hoped she would produce a good performance.

“The way she did it was very pleasing. I think everything about it was good and I don’t think you could have asked for any more in how the race worked out.

“She good into a good rhythm, and although she was a little bit fresh, she settled really well, and she quickened well when asked. The runner-up (Crystal Ocean) is a very solid horse.

“The Arc is a huge race and she will have to bring her A-game, but that was a very good start to her year, if a somewhat belated one. “It was great to see her do what she did yesterday.”