Posted by Jason Stepford on September 9, 2018 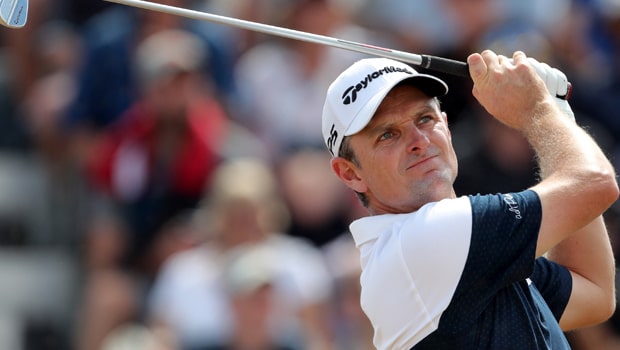 England’s Justin Rose produced another thrilling round on Saturday to claim a one-shot lead at the BMW Championship in Philadelphia.

Rose fired a round of 64 to move up one place at Newtown Square and he will start Sunday’s final round on 17-under par.

He is one shot clear of Northern Ireland’s Rory McIlroy and American Xander Schauffele, while a number of other players will fancy their chances.

McIlroy’s superb 63 has put him very much in contention, while fellow European Ryder Cup star Tommy Fleetwood is also in the hunt.

Fleetwood is tied fourth after bettering the Northern Irishman’s round by one and sits alongside Rickie Fowler with both players on 15-under par.

Keegan Bradley sits alone in sixth, while Francesco Molinari, Billy Horschel, Justin Thomas and Hideki Matsuyama are all tied in seventh and will resume action four shots behind Rose.

Tiger Woods moved up to joint 11th with a four-under-par 66 although Rose is the one they have to catch on Sunday.

The 38-year-old has enjoyed himself so far but he is expecting a tough final day due to the conditions.

“Tomorrow will be gruelling, it’s set to rain all day and it will be a battle,” Rose told Sky Sports.

“Just getting round will be a win I think, perhaps the weather will help keep me distracted but a one-shot lead with a chasing pack behind doesn’t mean much.”