Posted by chris schweizer on September 8, 2018 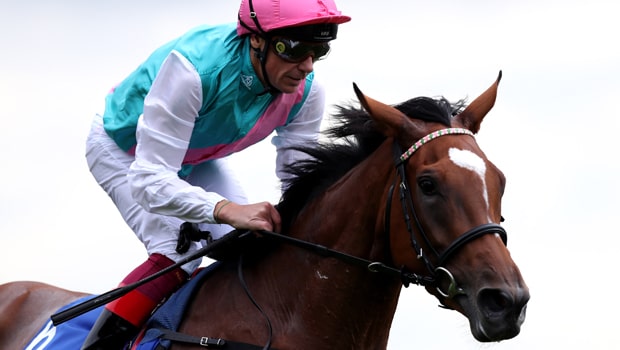 Superstar filly Enable will take on a worthy rival in Crystal Ocean on Saturday when she makes her eagerly awaited reappearance in the September Stakes at Kempton.

Enable, trained by John Gosden, shot herself to stardom during a stellar 2017 campaign that saw her winning the English, Irish and Yorkshire Oaks as well as the King George at Ascot and the Prix de l’Arc de Triomphe at Chantilly.

That stunning haul of five Group One successes ensured the daughter of Nathaniel was billed as a superstar coming into this season, but Enable has yet to race.

She was due to compete in the Coronation Cup at Epsom in June but a minor leg problem sidelined her.

Gosden has been forced to remain patient but the all-weather Group Three at Kempton has been targeted for some time as a prep to her defence of the Arc at Longchamp next month.

Crystal Ocean, second to stablemate Poet’s Word in the King George at Ascot in July, will provide a stern test of the fillies’ well-being in the mile-and-a-half contest.

David Probert is thrilled to have picked up the ride on Crystal Ocean, with Ryan Moore and William Buick engaged elsewhere on a busy Saturday. He thanked Sir Michael Stoute for the opportunity.

“It’s a fantastic ride to pick up, and I can’t thank him (Stoute) enough for giving me the opportunity,” he said.

“I kind of knew I was in line for the ride, but it wasn’t until Thursday morning that it was confirmed and obviously I was delighted.”

Giving the filly weight won’t be easy but Probert knows his mount has the quality to make her race. “Crystal Ocean is a very nice horse – a top-level performer,” he added.

“He ran a very good race in the King George and has been running consistently well all year.

“We’re taking on the filly (Enable), who is getting 8lb, but he has got to have a big chance.”

Enable is 1.57 to win the September Stakes while Crystal Ocean is 2.63 to land the five-runner heat.