Posted by chris schweizer on January 9, 2019 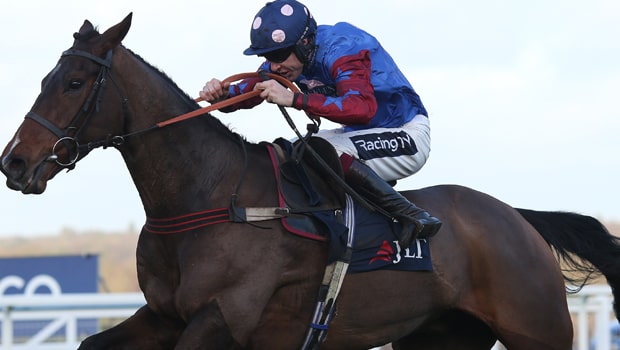 He is progressing nicely and will be aimed at the Stayers’ Hurdle come the Cheltenham Festival in March.

Lavelle is happy with him and feels he is a stronger horse than the one that failed to make an impression in the Albert Bartlett last spring at Cheltenham.

His running style mimics some legends of the staying hurdles division, according to his trainer.

“He’s doing nothing but improve,” the handler said.

“He’s got to keep stepping up but he’s winning with his ears pricked, which makes you feel there’s still plenty in the tank.

“When I look back at the really good staying hurdlers, the likes of Big Buck’s and Baracouda, they all race in a very similar fashion. They’re not strong, strong travellers.

They just do what they need to through the race then they’re squeezed along and they pick up and do the job.

“By no means at this stage am I saying he’s the next Big Buck’s or Baracouda, but I’m saying he has the right style of racing to be a decent three-mile hurdler.”

Lavelle wants to take in the Cleeve Hurdle on Cheltenham Trials Day later this month as a final stopping point en route to the big day in March.

“I just think it’s too long to keep him waiting for the Stayers’ and it will give him the chance to experience going round Cheltenham again.

He seems in such good order it would be a shame to be just keeping him ticking over, so we’ll go again,” she added.

Paisley Park is 11.00 to win the Stayers’ Hurdle at the Cheltenham Festival in March.