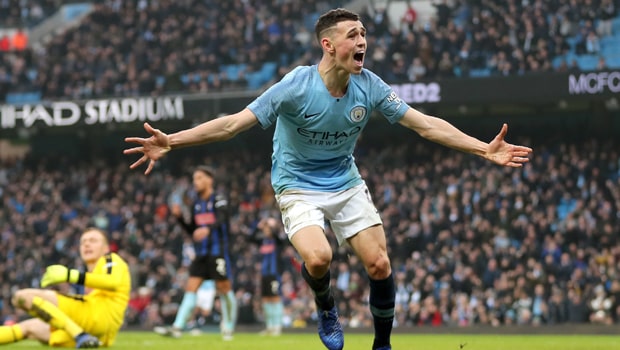 Manchester City youngster Phil Foden has stressed the importance of winning the Carabao Cup and feels it will help to boost confidence levels.

The Citizens lifted the trophy for the fifth time last season as they brushed aside Arsenal 3-0 in the Wembley showpiece.

They are just three victories away from repeating that feat, with a semi-final double-header against Burton Albion first on the agenda.

City play host to the League One side in the first leg on Wednesday and they will be hoping to take control of the tie given they also need to focus on closing the gap on Liverpool in the Premier League title race.

Foden, who scored his first senior goal at the Etihad in the FA Cup win over Rotherham at the weekend, could be involved again on Wednesday and has highlighted the importance of going all the way.

“You could tell last year the celebrations when we won…we were all buzzing and over the moon with it and that helped us with the rest of the season.

“Hopefully we can repeat it this year because it’s a special cup and any cup win leaves everyone buzzing.

We’re gonna try and do the same as last year.” However, he doesn’t expect the Brewers to make it easy for them and has warned about the dangers of looking beyond Burton.

He added: “Yeah, it’s usual and they will come with their sleeves rolled up. We have to be prepared. We need to focus on our own game and hopefully we can get the job done.”