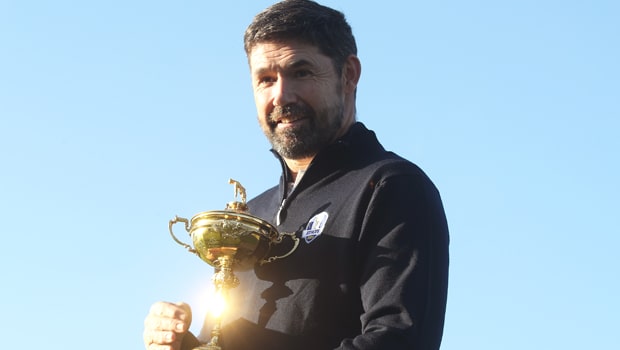 Padraig Harrington says captaining Europe when they defend the Ryder Cup at Whistling Straits in 2020 will be a career-defining moment, for better or for worse.

The Irishman was confirmed on Tuesday as Thomas Bjorn’s successor for the clash with the United States in Wisconsin, and he feels part of his legacy will rest on the outcome.

“I’ve won three majors in my career but taking the Ryder Cup captaincy is a different level,” he said.

“I want to find an edge to get the players to perform to best of their abilities and hopefully get a win.

“It’s a different element to your career and we know a successful captain is great and a losing captain – it’s his fault. I’m putting something on the line going out there.”

Harrington acknowledges that being European captain away from home will make his assignment tougher, but the two-time Open Championship winner feels now is the moment for him to lead the team.

“It’s possibly easier to be Ryder Cup captain at home, but I realise it was good timing in my career and probably the best chance for the team in an international setting, going to the US having me as captain at this time.”

Harrington played in six successive Ryder Cups from 1999 and was on the winning team on four occasions. He also served as vice-captain in recent renewals of the biennial event under the leadership of Paul McGinley, Darren Clarke and Bjorn.

He becomes the third Irishman to captain Europe in the Ryder Cup, following McGinley at Gleneagles in 2014 and Clarke at Hazeltine two years’ later.