Posted by OLADIPUPO MOJEED on September 12, 2019 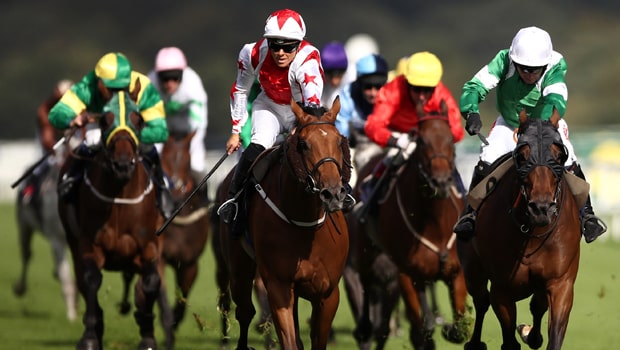 The victory forced Kieren Fallon to settle for fourth place Acclaim’s rider as Sammy Jo Bell took the spoils in the tournament.

Despite giving the Nigel Tinkler-trained Kilbaha Lady every chance over the straight mile, six-time champion Flat jockey Fallon, who hung up his saddle in 2016, could never quite get into a winning position as the honor went to Bell.

It could be recalled that Bell gave up riding through injury in February 2018. He is now assisting her partner Phillip Makin in his switch from jockey to a trainer.

Destroyer, who initially took the 16-strong field along that raises money for the National Horseracing College and Jack Berry House, got swamped as the pace hotted up over two furlongs out.

Dubai Acclaim trained by Richard Fahey (5-1) emerged winner after hitting the front and held the late flourish of Noel Fehily on Hammer Gun by a short head in a thrilling finish.

Flying Dragon emerged third in three-quarters of a length, with another two and a quarter length back to Fallon and Kilbaha Lady in fourth.

Riding for the first time on the same card as son Cieren junior, Fallon in his reaction to the outcome of the game said he thought he was going well enough to win after traveling better than anything.

“It was just when I asked her to quicken, she just didn’t let herself down on the ground.”

“I traveled better than anything and thought I was going to win, but we didn’t. It’s all for a good cause, though.”

Expressing his delight over the victory, Bell said it was really good adding that he hit the front too soon, “but that was just me getting excited.

While appreciating Richard for giving him a ride, he added that it was great to pay him back with a winner.

While noting that he didn’t just hold on to the lead despite going to soon, he added that the horse helped him.

Speaking further, he revealed that though the horse was good, the last time he sat on him, he was a yearling.

While acknowledging that he is not as fit as he used to be, the rider said due to the team’s effort at the yard, he hasn’t done as much prep as he would have liked.

Fehily, who will be retiring after riding a winner at Cheltenham in March, said the trainer had told him not to hit the front too soon.

Having overdone the waiting tactics, he added that he got blocked in his run just over a furlong out and he had to switch, which probably cost him, but the horse is good.

Fehily who described the horse as a run blinder said it had been a great occasion for a great cause. He added that he is delighted to have been asked to take part.