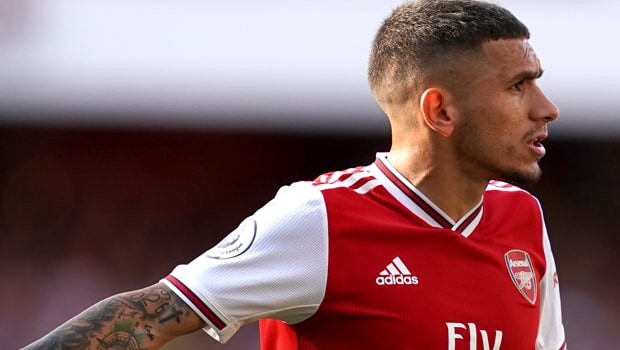 Arsenal midfielder Lucas Torreira could be unavailable for the Gunners clash against Watford F.C.

The midfielder missed Uruguay’s 1-1 draw against the United States of America in Missouri on Tuesday evening due to muscular discomfort. Torreira started in Uruguay 2-1 win over Costa Rica but was pulled out just before halftime after requesting to be substituted.

Uruguay FA took to social media to explain the absence of the midfielder.

“Due to muscular discomfort, Lucas Torreira and Darwin Núñez are not available,” the FA tweeted on their official Twitter account. This will be a blow to Gunners faithfuls who will be hoping the injury isn’t a serious one, the gunners are set to play Watford on Sunday.

Striker Alexandre Lacazette is being monitored after the Frenchman was forced off with cramp in the 2-2 draw against Tottenham Hotspur F.C before the international break. Midfielder Granit Xhaka is also being monitored after revealing he has been suffering from an Achilles problem since the start of the campaign.

Torreira, 23, joined Arsenal from the Italian side, U.C. Sampdoria on 10 July, 2018. The midfielder was given the number 11 shirt previously worn by Mesut Özil. Torreira made his Premier League debut on 12 August 2018 coming on as a substitute in the 70th minute in a 2-0 defeat to Manchester City. Torreira played for the Uruguay national team and made his debut in a 2-0 win over the Czech Republic.

Arsenal gaffer Unai Emery will be hoping to have a full squad ahead of their trip to Vicarage Road on Sunday.