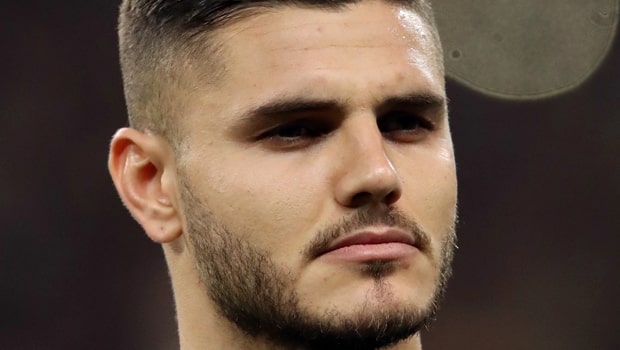 As expected, the deadline day of the summer transfer window saw a lot of clubs doing business in order to be competitive in the new season.

One of the new arrivals in the French League is Argentina international Mauro Icardi who joined the French Ligue 1 champion Paris Saint-Germain on loan from Seria A side Inter Milan.

The Argentine was surplus to requirement at the San Siro Stadium after going through some controversies during his final few days at the club.

Icardi, who was stripped off the captaincy arm band last season at Inter Milan due to several comments made by his wife and agent Wanda Nara about Inter’s management and its players, will be spending the whole season at the France capital.

With Paris Saint-Germain known for having depth at their club, it was no surprise when Thomas Tuchel and his board decided to give the Argentine a one-year loan deal.

However, with the deal in the contract rumored to have a €70 million option to buy, fans have been wondering whether PSG, who are seeking to win the Champions League this season, will make the contract permanent come the end of the season.

Nasser Al Khelaifi, Paris Saint-Germain president, has cleared the rumors noting that the club is unsure if they will sign him permanently or not.

He (Al Khelaifi) disclosed this during an interview he gave to Corriere Dello Sport from the ECA general assembly where he spoke about their new signing.

Al Khelaifi stated that the 26-year-old is really a great striker and that the club is happy to have him in the team as his numbers in Serie A show that he is a strong striker, and PSG can focus on him.

When quizzed about the possibility of Paris Saint-Germain buying him permanently or not, Al Khelaifi asked reporters a rhetorical question saying “do you want to know if we will buy him at the end of the season? Let’s see.”

Mauro Icardi will give Thomas Tuchel and his team more depth in the attacking department as the duo of Edison Cavanni and Kylian Mbappé are currently out with injuries.