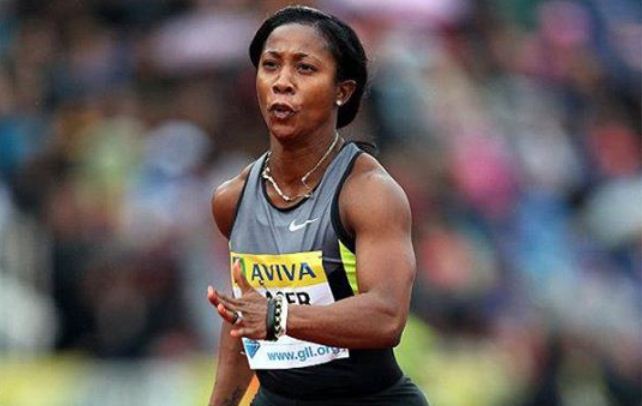 The Jamaican was one of a host of star names that turned up at the Alexander Stadium as preparations for this summer’s world championships in Moscow continue. Having won each of her previous races this year, Fraser-Pryce was the hot favourite for the women’s 200m, but she failed to produce her normally electric kick off the bend and was beaten to the line by Nigerian Blessing Okagbare who recorded a time of 22.55.

Fraser-Pryce clocked 22.72, nowhere near her best, while Carmelita Jeter of the USA fared a lot worse, finishing last in 23.36. Both will improve markedly as they step up a gear ahead of the world championships in August.

There was good news for team GB as Perri Shakes-Drayton clocked a seasonal best of 53.82 to take the women’s 400m hurdles ahead of fellow British athlete Eilidh Child, who ran a personal best of 54.22.

Meanwhile, in the women’s 400m, Christine Ohuruogu, 2008 Olympic champion and a silver medalist in London, inflicted on Amantle Montsho of Botswana her first defeat of the season after racing past the reigning world champion with a late surge to win in 50.63.

Ohuruogu was obviously pleased with the win, but knows she can improve her time.

“It’s always great to have the home crowd cheering you on,” she said.

“You don’t want to be completely championship ready too quickly because there are months for you to hold on to that form.”

With Usain Bolt and Yohan Blake absent, it was left to Nesta Carter to fly the flag for Jamaica in the men’s 100m, and he gave the crowd a thrilling finish, coming from off the pace to score in 9.99 seconds ahead of Great Britain’s James Dasaolu, who posted a personal best of 10.03. Kim Collins was third.

Despite the victory in Birmingham, Carter knows exactly where he stands in the pecking order ahead of Moscow.

He said: “I want to thank the fans for the support and I am looking forward to playing my part at the worlds in the relay.”