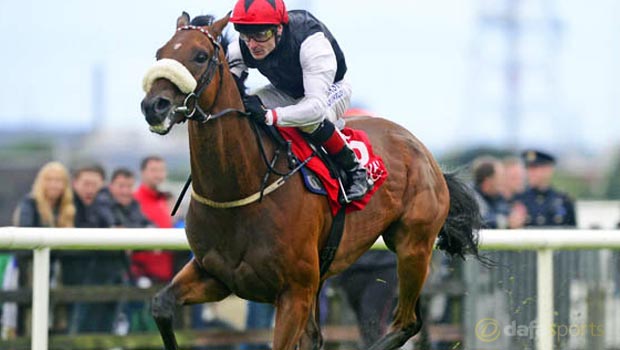 Dermot Weld is remaining confident that ante-post favourite Forgotten Rules will line up in Thursday’s Gold Cup at Royal Ascot.

Weld has been forthright in stating that his charge will only go to Ascot if the prevailing ground is not too firm and while he was disappointed to hear that the Berkshire track had missed out on the heavy showers that hit Britain on Saturday, he is hopeful that the jigsaw pieces will fall in his favour.

“He’s in great form and we’re very happy with him,” said Weld.

“As has been well documented, the ground is vital. Unfortunately Ascot missed all the thunderstorms, but we’re very hopeful.”

Forgotten Rules is unbeaten in four career starts for Weld and jockey Pat Smullen and he has winning form in the book at Ascot having landed the Qipco British Champions Long Distance Cup in October over two-miles.

He began this season with victory in the Vintage Crop Stakes at the Curragh in May and, while clearly keen to make the trip to Ascot, Weld says he will only go if the ground is right.

“If the ground is safe he’ll run. He’s a very high-class horse,” he said.

Dubai Gold Cup winner Brown Panther will not feature at Ascot after trainer Tom Dascombe confirmed he had picked up and injury at home on Saturday.

He said: “He suffered an injury this morning and he needs some anti-inflammatories, so he won’t be able to run on Thursday.

“At this stage we don’t know the extent of the injury, so I can’t tell you any more.”