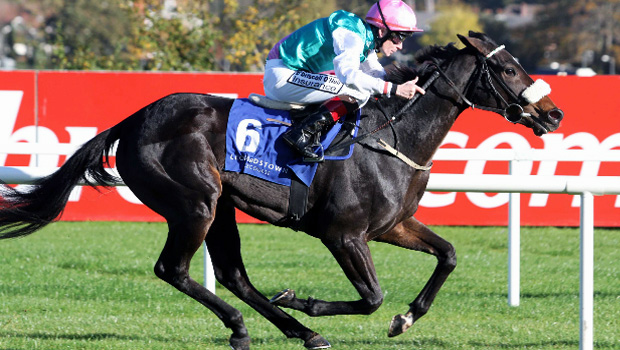 Free Eagle, whose impressive debut win at Leopardstown rocketed him to the head of the Epsom Derby market, will be rested after his next outing.

Trained by Dermot Weld, the son of High Chaparral created a big impression when beating some highly thought of rivals on his debut at Leopardstown earlier this month.

Runner-up Orchestra, beaten five-and-a-half lengths, has since franked the form, as has stablemate Kingfisher, who was nearly eight lengths adrift in fourth, and who bolted up at Killarney on Wednesday evening.

It was thought that Free Eagle’s next objective would be the Racing Post Trophy at Doncaster on October 26, but it would now appear the ICON Breeders’ Cup Juvenile Turf Trial back at Leopardstown a week on Saturday will be the colt’s final outing of the season, after which he will be put into winter quarters to be prepared for Epsom next year.

Weld said: “He’s a very nice colt, he’s still only won a maiden. He’s hopefully progressive and he’s a horse that physically has to develop a lot.

“I could see maybe just one more start this year. It’s quite possible he will run at Leopardstown, because he’s not a horse I want to go on late into the autumn.

“If everything goes right it will be Leopardstown or the Beresford, rather than the Racing Post Trophy, because I think that will come a little bit late in the year for him.

“He’s still very immature, so Leopardstown is most likely.”