Posted by chris schweizer on September 21, 2018 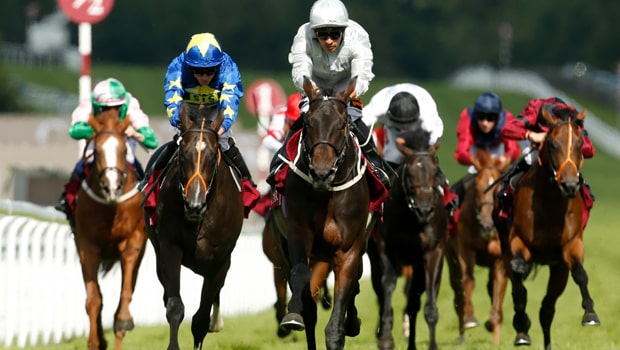 Epsom Derby runner-up Dee Ex Bee is likely to be aimed at the Cup series next summer, according to connections.

Mark Johnston’s colt has struggled to replicate his Epsom form on fast ground through the summer, but the slower ground and greater test of stamina in the St Leger at Doncaster last week appeared to put him back on track.

He finished fourth in the Town Moor Classic behind Kew Gardens, despite having come under pressure a long way out.

Dee Ex Bee stuck to his task in the home straight and the effort shown was enough for connections to view him as a Cup horse for next year, when his stamina will come into play.

“He looked like being swallowed up at one stage on Saturday, but he stuck to his task. Also, Old Persian was leaning on him for much of the straight and he would probably have finished closer but for that,” said Charlie Johnston, assistant trainer to his father.

“I thought he travelled better than he had been in the first half of the race, he was still pretty much the first horse off the bridle and he looked in a bit of bother.

He always gives 110 per-cent though and stamina is his forte – he was just beaten by some slightly classier horses on the day.

“His best form is on good or slower ground, but if we get away with fast ground, it will be over extreme distances so we think he’ll be a nice Cup horse for the years to come, although because of the £1m bonus, the staying division looks as strong as it has for a long time with Stradivarius and a few others.”