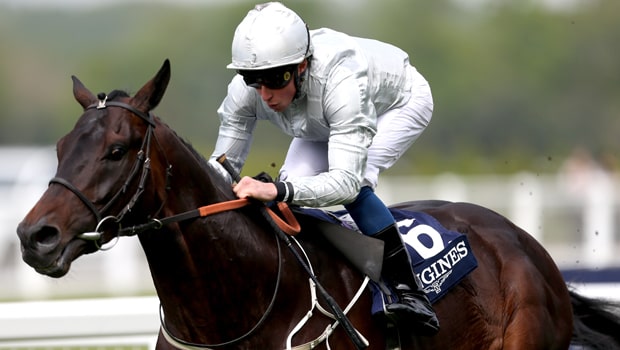 Mark Johnston is fully aware that Dee Ex Bee must raise his game when he faces the smoking guns of the stayers division in the Ascot Gold Cup, but the trainer feels confident he’ll be up to the task.

The Middleham handler has had this path in mind for more than 12 months with Dee Ex Bee, second to Masar in last summer’s Epsom Derby.

Having a pop at the Weatherbys Hamilton Stayers’ Million bonus this year was quickly on Johnston’s mind, though he was careful to first go down the conventional route with his charge.

“I started thinking about Dee Ex Bee as the right type around Derby time [last year], maybe even before, but when you have a Derby second you have to go through the motions of trying to win a high-profile Group One at a mile and a half to make him a stallion,” he said.

“As soon as it was clear though that wasn’t going to happen we were suggesting to the owner that Dee Ex Bee should stay in training for the Cup races.”

The son of Farhh has certainly lived up to his billing so far, winning the Sagaro Stakes at Ascot on his return and adding the Henry VII at Sandown since, both races over two-miles.

He’s got to prove himself over the additional half-mile at Ascot next week and also against seasoned performers including reigning champion Stradivarius, both Johnston is very hopeful.

“He has yet to come up against the real big boys – and it’s not just about Stradivarius, who is a mountain to climb – but he’s taken in what I see as the two traditional Gold Cup trials and won them both in a style which suggests he will relish two and a half miles.

“What more can he do?” Dee Ex Bee is 6.00 to win the Ascot Gold Cup, while the John Gosden-trained Stradivarius is 2.63 to retain his mantle.