Posted by chris schweizer on October 2, 2014 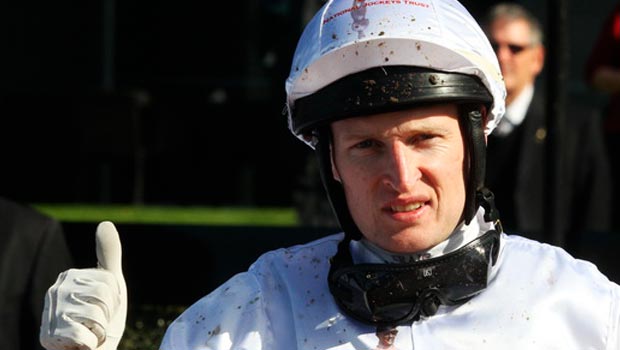 Craig Newitt has been confirmed as Seismos’ jockey for the Caulfield Cup in Australia later this month as the build up to the prestigious Emirates Melbourne Cup in November continues.

The Caulfield Cup is a traditional pre-cursor for the Flemington showpiece on November 4, and Seismos will hope to put on a good showing to boost his chances of success next month.

Trainer Marco Botti and owners Australian Thoroughbred Bloodstock have opted for leading Australian jockey Newitt for the Group One handicap, staged over a-mile-and-a-half on October 18.

Seismos, who won the Geoffrey Freer Stakes at Newbury on his last start in August, is very well respected and Newitt is confident that there is plenty more to come from him.

Newitt said: “There was a lot to like about the win (at Newbury) and it was only his third run since he came back from Dubai. He struck me as a horse that has a lot more to offer, he’s travelled extensively and Marco has such a great record at travelling horses.

“I had a good chat to Marco for about 10 minutes and he was really bullish about the horse.”

Fellow jockey Craig Williams, meanwhile, is weighing up whether to stick with Dandino, a stablemate of Seismos, or the Roger Varian-trained Ambivalent in the Caulfield Cup.

Williams guided Dandino to a second-place finish last year and is expected to stay on board this year, but also rode Ambivalent during a recent gallop at Werribee.

Speaking to the Herald Sun, the jockey said a decision is imminent.

He said: “I’m really happy with Dandino, he’s in good order and he’s enjoyed himself since arriving in Australia. He worked well this morning. I liked his enthusiasm.

“Ambivalent is quite a feisty girl but we got on really well. This morning’s work was so we could get to know each other. Most importantly, she responded really well. She’s in good order.”