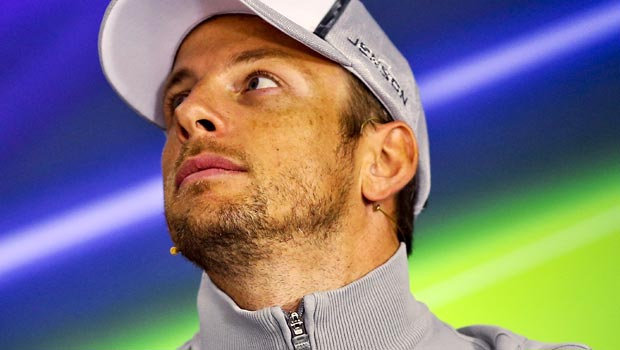 Jenson Button has admitted he doesn’t know if he will be in Formula 1 next season amid ongoing speculation that this season with McLaren could be his last.

The 2009 World Champion’s contract at McLaren expires at the end of the current campaign and his future remains very much up in the air.

The Briton has previously said that he is confident of getting a drive somewhere for 2015 but, speaking before this weekend’s Japanese Grand Prix, Button adopted a cautious tone.

“I don’t know,” was Button’s reply when asked in the FIA Press Conference when his future in the sport would be resolved, before
adding: “As you know I cannot discuss anything to do with the contract.”

At 34, some have suggested Button is contemplating retiring altogether from F1 at the end of the season.

McLaren have been heavily linked with a move for Ferrari’s Fernando Alonso, while Red Bull star Sebastian Vettel and Mercedes ace Lewis Hamilton have both also been mentioned as possible drivers for them next year.

McLaren will again team up with Honda in 2015 but the Japanese firm were giving little away when their Head of Motorsport Yasuhisa Araia was asked about the potential future driver line-up.

He told Sky Sports News: “We are constantly talking about which drivers we would like to see and whilst McLaren is here in Japan it is only natural that we organise some meetings with McLaren.

“But I don’t think we will be discussing the topic of drivers given that nothing is decided.”

Hamilton, the current championship leader, is the 1.82 favourite with Dafabet to win Sunday’s Japanese GP.