Cracksman on target for Champion Stakes 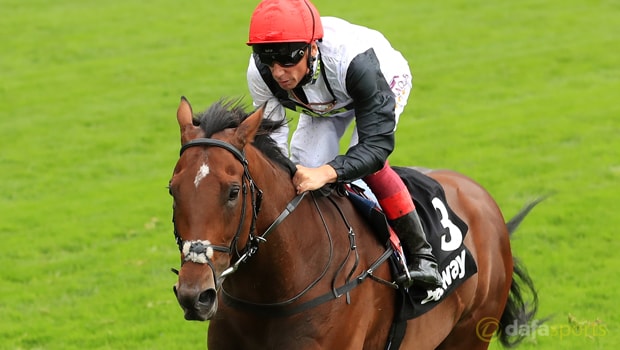 John Gosden has confirmed Cracksman is all set for next weekend’s Qipco Champion Stakes at Ascot.

The three-year-old has been jostling for favouritism for the race ever since connections decided against going to Chantilly for the Prix de l’Arc de Triomphe.

That race was won Gosden’s brilliant filly Enable, after Cracksman’s owner Anthony Oppenheimer signalled he wasn’t keen to take her on.

Cracksman hit the frame in both the Derby at Epsom and the Irish equivalent at the Curragh earlier this summer.

The three-year-old heads for Champions Day having won the Great Voltigeur at York and the Prix Niel at Chantilly on his last two outings.

Gosden couldn’t be happier with his charge and is now hoping for a favourable draw to boost his credentials.

“He’s in great form. He had a nice holiday after the Irish Derby into York and another nice gap then to Chantilly for the Prix Niel, and he’s had another nice gap going into Ascot,” said the Clarehaven handler.

“He’s in good form and I’m very happy with him. Frankie Dettori was pleased with his work on Wednesday and I’m looking forward to running him in the Champion Stakes. “I hope he doesn’t get a wide draw.”

Gosden could also run Jack Hobbs, third in the previous two renewals of the Ascot Champions Day contest, in the Champion Stakes.

He is undecided and admits the son of Halling could potentially have run his last race.

“We will see how he works in the week, but there’s no final decision.

I would have thought if he doesn’t run, he will not run again and I think a stud career will beckon,” Gosden added.