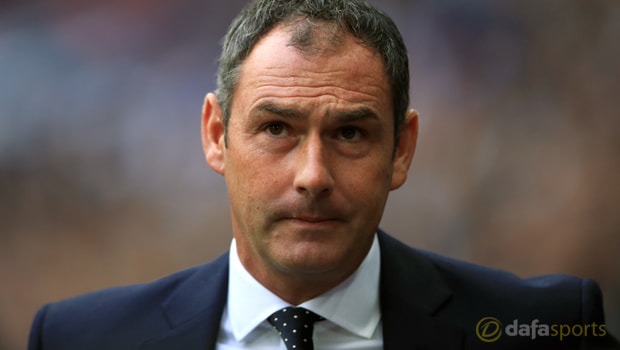 The Swans are currently third from bottom of the Premier League standings after winning just one of their opening seven top-flight games, while only Crystal Palace have scored less goals than them so far this term.

Clement’s men have also lost three of their last four league games, but all of those defeats have come by just a one-goal margin and the 45-year-old is confident their results and performances will start to improve soon.

“We feel optimistic that our form is going to change,” Clement told the club’s website. “We are all in agreement that we need to start playing better, particularly at home.

“But I also think the fact that the margin of the losses we have had has been small is a positive sign. We haven’t played particularly well but the games have been very, very tight.

“If we can turn the corner in terms of the way we are performing, I am sure the results will follow. That is the feeling among the technical staff and also the players.”

Next up for Swansea is a home clash with Huddersfield at the Liberty Stadium on Saturday and Clement knows his side must start picking up more points to avoid a repeat of last season when they were involved in a relegation battle for the majority of the campaign.

He added: “I am confident that we will be better in the second half of the season than the first, but it’s still important to pick up points now because we don’t want another situation like last year when we only had 12 points at the halfway stage.”

Swansea are priced at 2.20 to return to winning ways on Saturday, while Huddersfield are available at 3.75 and the draw is on offer at 3.10.