Posted by chris schweizer on December 7, 2017 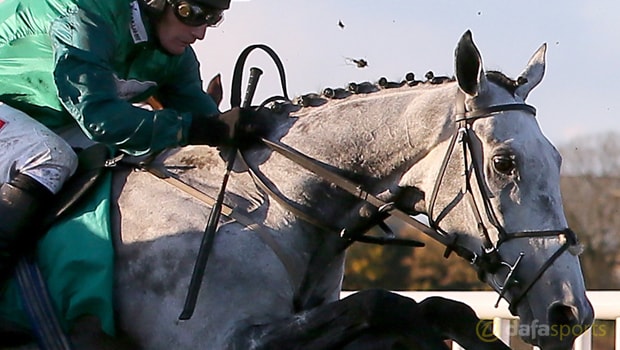 It has been ‘one setback after another’ for former Cheltenham Gold Cup winner Coneygree but connections are still confident he has a ‘big day’ left in him.

Sara Bradstock, assistant trainer to husband Mark, confirmed that the 2015 Blue Ribband hero is set for a wind operation this week after jockey Nico de Boinville reported a respiratory problem when the 10-year-old was pulled up last weekend in the Ladbrokes Trophy at Newbury.

Since his breathtaking display of front running won him jumps racing’s most coveted prize in 2015, Coneygree has suffered a series of niggling problems that have limited his appearances on the racecourse.

A gallant third behind last season’s Gold Cup winner Sizing John and Djakadam at Punchestown in April left the Bradstock’s coming into this season with renewed hope.

However, Coneygree suffered an overreach in his comeback run in the Charlie Hall Chase at Wetherby however and his latest setback has uncovered another underlying issue.

“He’s going to go and have his soft palate cauterised,” Sara Bradstock stated.

“He had a very bad soft palate as a baby and had a few wind operations, but obviously that was a while ago now and he just needs a bit of help with it again.

“He’s come out of the [Newbury] race absolutely fine and fresh as a daisy, so I think we can be fairly sure that was the problem.”

Bradstock expects Coneygree to be back in action next month, with either ‘a confidence-boosting win’ in a handicap or a first return to Cheltenham since his Gold Cup win on the cards.

The Cotswold Chase on Festival Trials day is not being ruled out and Bradstock firmly believes Coneygree still has a big performance in him.

“We think we’ve got his legs sorted and then this crops up, but that’s him – it’s one thing after another,” she added.

“We think the engine is still as good as ever and we’ll get him back for a big day somewhere along the line.”

Coneygree is 26.00 to win the Cheltenham Gold Cup for a second time in March.