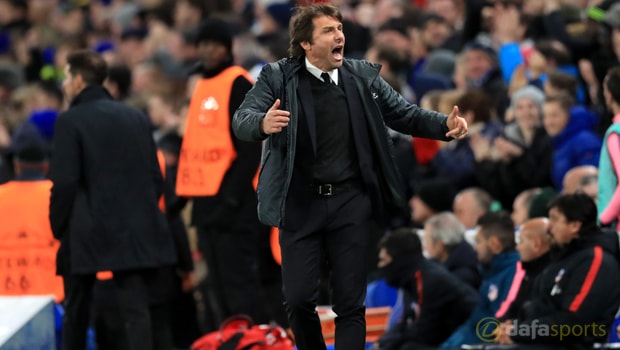 Antonio Conte says his Chelsea side fear no-one in the Champions League and believes they will be one of the teams to avoid after finishing second in Group C.

The Blues struggled to ignite on Tuesday as they scrapped their way to a 1-1 draw at home to Atletico Madrid, a result that meant they had to settle for the pool’s runners-up spot behind Roma.

It means they could face an extremely tricky last-16 draw, with Barcelona and Paris Saint-Germain amongst their potential opponents.

Chelsea have stuttered at times in their Premier League title defence and poor results in the next few months may persuade them to switch their focus to European matters.

Conte is seen as a man with a point to prove in the Champions League, having failed to make a significant impact in Europe while in charge of Juventus.

However, the 47-year-old has undoubtedly developed during his spells with Italy and now at Stamford Bridge and believes the big guns will be hoping to avoid his team when the draw is made.

“When you play this competition, then you go through, you must be ready to face the best teams, in this case we know we could play against Barcelona, PSG or Besiktas,” Conte said.

“We must be ready, because this is the best tournament and for this, if we want to go through or be a protagonist in this tournament you must be ready to face every team.

“I think our opponent would not be happy to play against us.”

Chelsea are 26.00 to win the Champions League, with the aforementioned PSG the 4.50 favourites and Barcelona are on offer at 7.50.