Posted by Jason Stepford on December 7, 2017 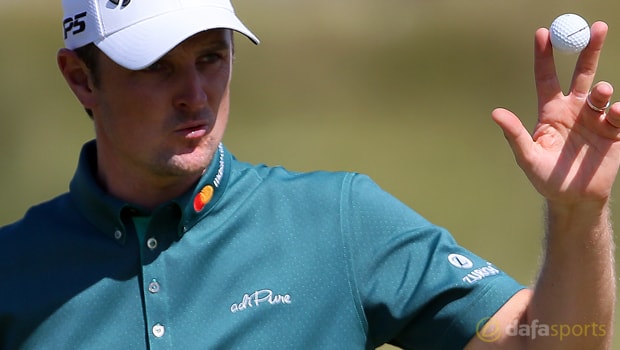 Justin Rose is already eagerly looking forward to playing the tournament host role for the 2018 British Masters at Walton Heath.

The former US Open champion was confirmed as the host for the event, to be held from October 11-14 next year, by the European Tour this week.

Rose is enjoying a scintillating run of form lately, with victories in the WGC-HSBC Champions in Shanghai and the Turkish Airlines Open turning his 2017 season into a memorable one.

Amid a remarkably consistent end to the season, Rose just failed in his bid to overhaul fellow Englishman Tommy Fleetwood in the Race To Dubai and he was also in the mix for last week’s Hero World Challenge in the Bahamas.

Rose became the first English US Open winner for 33 years when he triumphed at Merion in 2013 and last year he claimed the gold medal as golf returned to the Olympics in Rio de Janeiro.

Rose follows Ian Poulter, Luke Donald and Lee Westwood as host for the British Masters, part of a sustained effort by leading British golfers to boost the event, and he says he will relish the role.

“It’s a huge honour to host the British Masters and to follow in the footsteps of three friends of mine, Ian, Luke and Lee,” Rose told the European Tour website.

“I’ve known for a while that I was next in line to host in 2018, so I’ve been watching carefully to see how the boys have done the hosting role.”

Already displaying the type of attention to detail he’ll bring to the role, Rose revealed a summer reconnaissance trip to Walton Heath in a bid to ensure the venue was what he wanted it to be.

“Walton Heath is a golf course I really, really enjoy playing, in fact I love it.

I went back to Walton Heath in the summer just to ensure I wanted to take the tournament there and I had forgotten how good a golf course it is,” he added.

“It has got teeth but it is traditional and hopefully the players will really enjoy it. Hopefully we will assemble a strong field, get some good weather and we can host an amazing tournament.”