Colin Tizzard ready to ‘push on’ with Thistlecrack

Posted by chris schweizer on December 3, 2017 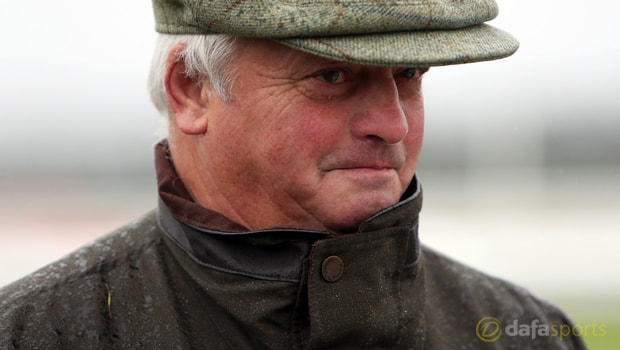 Colin Tizzard insists he is now happy with Thistlecrack despite his lacklustre return in the Long Distance Hurdle at Newbury.

The Dorset handler says he’ll “push on” with preparations for the King George at Kempton later this month after reporting his stable star to be in good order after his run.

Thistlecrack won the Newbury race in 2015 and looked poised to go close again when he moved into contention behind eventual winner Beer Goggles and market rival Unowhatimeanharry after the third last flight.

Tom Scudamore’s mount produced a tired jump at two out and could find no more thereafter, being brought home tenderly by his rider.

Tizzard told Racing UK he was not too despondent, with Thistlecrack appearing fine the day after his race. “The first thing is he trotted out fine this morning [Saturday], which is good,” he said.

All told, Tizzard felt Thistlecrack was perfectly entitled to get tired in the circumstances and it is now onto Kempton for the defence of the King George crown he won so brilliantly last Christmas.

“He’s a big, heavy horse and when you reflect on the last 10 months it’s perfectly acceptable and we’ll push on now to the King George,” Tizzard added.

“On reflection we were probably talking him up too much (before the race), but until the second-last it sounded absolutely right. I’m sure he blew up.

“We’ve had loads of horses improve massively for one run, it’s the best part of a month anyway (to Kempton).”

Thistlecrack is 9.00 to win the King George, with Nicky Henderson’s Might Bite at 2.75 and Cheltenham Gold Cup winner Sizing John 7.00.