Demarai Gray happy to ‘take one for the team’ 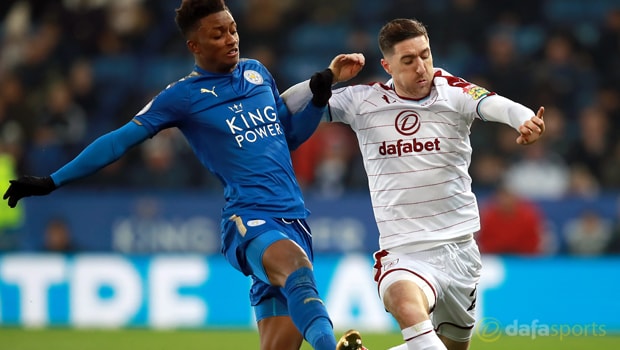 Demarai Gray was happy to take his share of pain in order to maximise Leicester’s gain as they overcame Burnley at the King Power Stadium.

Gray scored after just six minutes, getting on the end of a cross from Riyad Mahrez to find the net, whilst colliding with the upright as he did.

The goal was enough to get Leicester a 1-0 win. The forward was eager to impress boss Claude Puel having beaten Shinji Okazaki in the race to start the game.

Gray had a big influence throughout and was denied a second goal by the woodwork before coming off to a standing ovation late on.

No pain, no gain was the verdict from Gray after his match-winning contribution, insisting his clash with the woodwork was merely “taking one for the team”.

“The manager always likes to rotate the team and when I play I just have to do my best and I was happy to contribute,” Gray told BBC Sport.

“I struck the post too and as a team we had many chances to see the game off in the second half but it wasn’t to be, so we had to defend well.”

Leicester’s victory means they have lost just one of their last 10 games in all competitions – against Premier League leaders Manchester City.

Puel was satisfied with the performance from Gray and getting another key success.

“It is encouraging to see different players in different positions. He made good runs and created a lot of chances,” said the Foxes boss.

“It was important to win this game. I think it’s a good result and a good reward for the players and their hard work on the pitch.”